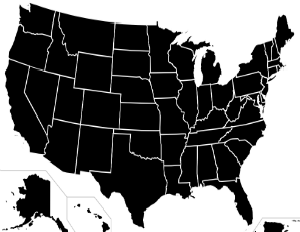 The financial crisis made the employment situation worse for all Americans, with the overall unemployment rate peaking at 9.4% in August 2010, and black unemployment peaking at nearly 17% in March 2010.

Statistically, the tides have turned.Â The Labor Department, Friday, said that the economy added 215,000 new jobs in July, dropping the unemployment rate to 5.3%, the lowest level since April 2008.The unemployment rate for blacks fell to 9.1%. It was over 10% as recently as May.

The story the numbers paint, however, would be a difficult one to sell to people in Washington D.C. The District of Columbia has the highest unemployment rate in the country at 14.2%.Â  Head southwest to Tennessee, and you’ll find the lowest level of unemployment for blacks, with the rate at 6.9%.Â  Statistics buffs (like this writer), might also want to note that that 6.9% rate in Tennessee is essentially the same as the highest white unemployment rate, which is in West Virginia.

Valerie Wilson, director of the Program on Race, Ethnicity, and the Economy at the Economic Policy Institute, this week released a study on black unemployment trends in states.

She points out that comparing what’s happening in Washington D.C. and the rest of the country by just the numbers, distorts what’s really happening. “You see differences across states because labor markets vary by states.Â  Employment doesn’t rise or fall at the same degree with regard to the economic cycle. That being said, D.C. is unique because you’re talking about a city, as opposed to an entire state. If you focused on cities, you’d probably find similar findings,â€ says Wilson.

To no surprise, Wilson and other economists site differences in education levels, experience, and other socio-economic factors, for the discrepancy between black and white employment levels.Â  Wilson adds, however, that discrimination also plays a significant role.

“Even when you compare blacks and whites with the same backgrounds, blacks get less employment opportunities,â€ says Wilson.Â  “When we say racial discrimination, we often have overt practices in our minds. But it’s taken on different forms. It’s not as blatant as it once was, but it still plays out in decisions and perceptions about blacks,â€ she adds.

As for solutions, Wilson points out that as the overall employment picture improves, it will improve for blacks.Â  In addition, we need to turn up the focus on education, job training, and re-entry programs, as well as other job creation efforts in communities that have high unemployment rates.