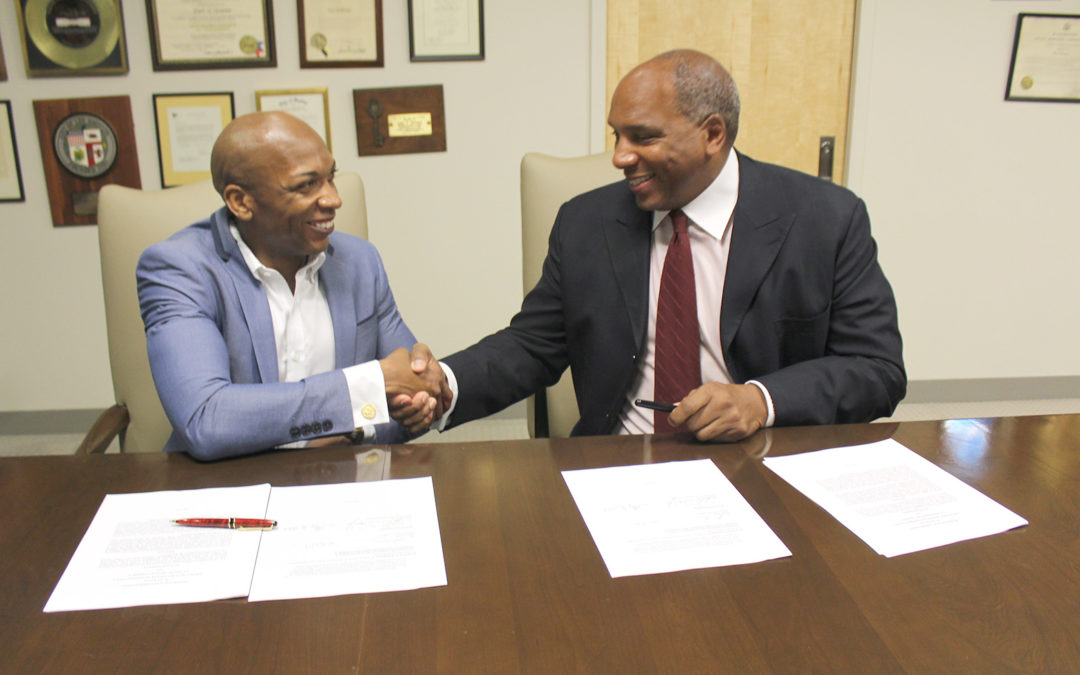 BLACK ENTERPRISE and Minority Business Development Agency (MBDA) have agreed to partner in order to expand the flow of information and resources to African American entrepreneurs, enabling them to gain much-needed access to technical expertise and capital to grow their enterprises. Today, BE president and CEO Earl “Butch” Graves, Jr. and MBDA National Director Henry Childs II signed a joint Memorandum of Understanding, entering into a strategic alliance to “collaborate and leverage capabilities” to help such companies scale up and build capacity to realize, among other areas, greater contracting opportunities, revenue growth, and market share expansion.

“The Minority Business Development Agency and Black Enterprise are aligned in many ways. They are celebrating their 50th anniversary, focusing on helping and assisting minority-owned businesses to get them into the ecosystem of what’s happening in corporate America as a whole, and Black Enterprise, next year, will be celebrating our 50th year anniversary, focusing on African American business development. The majority of the businesses that MBDA services are African American-owned businesses,” says Graves. “We’re delighted to have MBDA as one of the sponsors of FWD. I think we will be successful in really serving as a barometer for how minority business development has changed and evolved over time.” 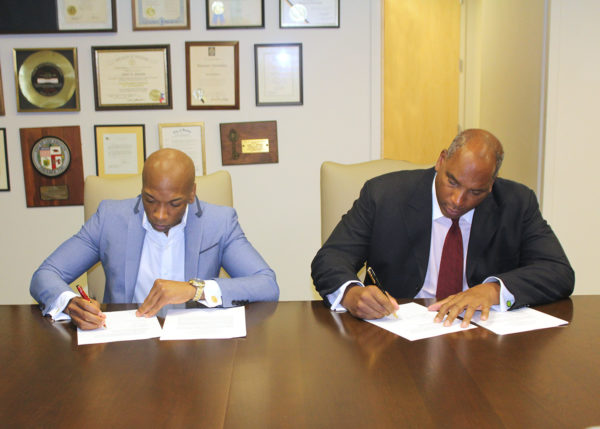 Asserts Childs: “This is a historic event. I’m very proud to be partnering with Black Enterprise. I believe that the black community really needs black business people. In the past, success in the black community has been historically entertainers, athletes, musicians – which is great. But, I think we really need a face of the black community of someone in business. As we know, the greatest way to create wealth is to be an entrepreneur…I just want to get more positive images of successful black people so that our kids can see that it is possible.”

The three-year agreement seeks to use digital technology, social media, and events, among other mediums, to provide comprehensive information and businesses services for black-owned companies. And the MBDA will participate in FWD, BE’s flagship business conference that will bring together more than 1,200 entrepreneurs at the Charlotte Convention Center June 19-22. At the event, the agency will share its history in a dynamic BIzHUb exhibit as well as engage in BE‘s SistersInc Immersive, offering details of its “Enterprising Women of Color” initiative.

Childs is excited by the MBDA’s role at FWD. “I am looking forward to seeing the young people [at FWD]. Our youth are so energetic and so passionate. They don’t tend to talk about barriers. They tend to say, ‘hey, give me a chance. Give me an opportunity, and I’m going to go after it,’ and I love it…I just want to be there to empower, maybe motivate, maybe mentor because I believe that our young people are in this country, especially minorities, are ready to crush the future.” 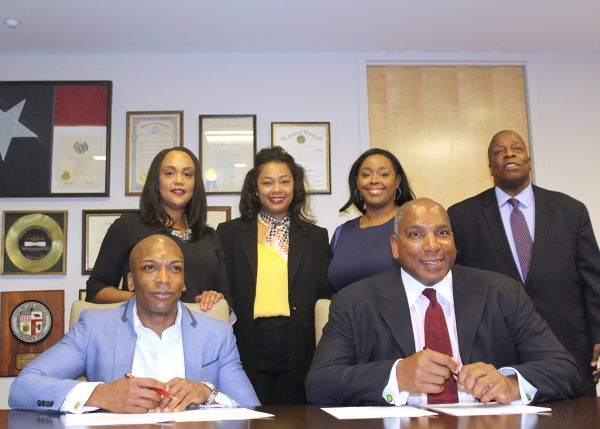 As the sole federal agency that promotes the expansion and competitiveness of minority-owned businesses, this arm of the U.S. Department of Commerce was originally established as the Office of Minority Business Enterprise when President Nixon signed Executive Order 11458 on March 5, 1969. Its enactment ushered in the “Black Capitalism” thrust, and the creation of the minority enterprise small business investment companies or MESBICs that financed a phalanx of black-owned companies and the noncompetitive 8(a) minority set-asides program to help minority firms gain a larger share of federal contracts. In fact, these programs helped spawn and elevate a significant number of companies to achieve status among BE’s rankings of the nation’s largest black-owned businesses in the 1970s and 1980s.

At the commemorative event held at Commerce’s Herbert Hoover Building earlier this year, BE was prominent among the roughly 700 business leaders, government officials, and entrepreneurs assembled there. Among the activities was recognition of past national directors as well as a tribute to Robert J. Brown, the former Special Assistant to Nixon who encouraged the presidential action that helped change the business landscape. In government and as a private consultant, Brown would serve as a vocal advocate and collaborator with business leaders – including BE founder and chairman Earl G. Graves, Sr. – to implement inclusive initiatives to expand minority business development and procurement participation.

As MBDA’s current National Director, Childs has designed the agency’s platform today to emphasize tech innovation through its expansive network of Minority Business Centers. His focus: “Winning The Future.” Under that banner, he has urged minority business owners to fully embrace advanced tech and target the fast-growing aviation and aeronautics sector for business opportunities. In addition to bolstering women-owned businesses, Childs has been the driver of what he calls its “hub and spokes” strategy, forming alliances with the National Minority Supplier Development Council, National Business League, U.S. Chamber of Commerce; and BE to enable the MBDA to expand its reach. “It’s just leaning into the future and making sure that the next generation has more opportunities than the current generation.”

Graves agrees: “We really believe that black-owned businesses are on the precipice of doing something significant and having an opportunity to really play in a new arena.”