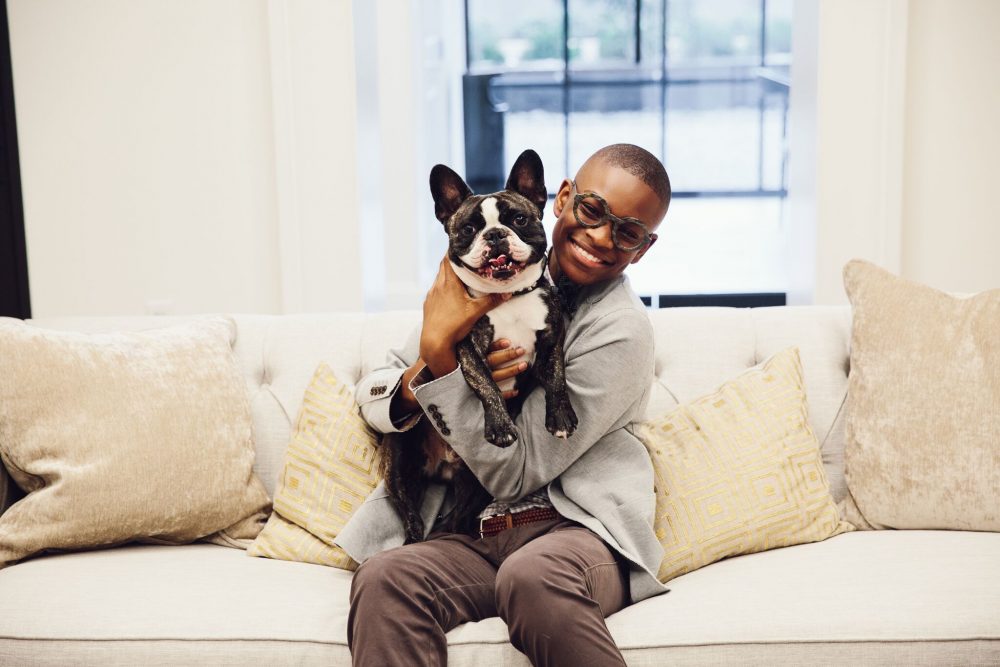 A teenager recognized with a 2014 Black Enterprise Teenpreneur of the Year award at the Black Enterprise Entrepreneurs Conference & Expo in Columbus, Ohio, just landed a major business deal with the National Basketball Association (NBA). Moziah Bridges is the founder of Mo’s Bows, a line of handcrafted bow ties sewn from scratch. With the NBA deal, he’ll create a line of handmade neckties and bowties featuring the logos of NBA teams.

“Moziah’s creativity and entrepreneurial spirit are an inspiration, and we are thrilled about the launch of the Mo’s Bows NBA Collection, said Lisa Piken Koper, NBA vice president, Global Partnerships in an article on Sportsnaut.

“We are always looking for ways to diversify our merchandise offerings and cater to our fashionable fan base, and couldn’t be more excited that fans will have a fun and unique way to show support for their favorite NBA teams.

“My goal has always been to make Mo’s Bows a household name for kid entrepreneurship and men’s accessories,” said Bridges, as per Sportsnaut. “Partnerships like this one will help me reach my goals of having a full clothing line by the time I graduate from college. It feels really good to know a major company like the NBA believes in me and my vision to shake up the world through fashion,” he said.

Bridges began making bowties at age 9. He launched his business at just 12 years old in 2011. By 2014, he was making $150,000 with Mo’s Bows. Creating the distinctive hand-sewn neckwear using vintage patterns with an African flair, Bridges attributes his success to his grandmother who taught him to sew and create his own style.

He has since been featured on the TV show Shark Tank, in O magazine and in Vogue. Â He was one of eight black business owners invited to participate at the first White House Demo Day in 2015. President Obama met with Bridges and other black founders during the event.

Moziah plans to attend college and start a major clothing line by the time he turns 20. In the meantime, he continues to grow Mo’s Bows and also gives back to the community. He donated $1,600 to send 10 children from his hometown of Memphis to summer camp. Here’s part of what he said on his blog:

“I donated $1,600 to the Glenview Summer Camp. It felt really great giving back to my community, and I know that those kids will enjoy it. The money I donated came from selling the Go Mo bow tie, and gave 10 kids the opportunity to attend camp.”

Mo’s Bows, which retail between $45 and $50, are featured in shops and boutiques in Tennessee, Alabama, Texas, Louisiana, South Carolina, and Arkansas. He believes real men should tie their own ties, and he even has a bow tie knotting tutorial on his website.