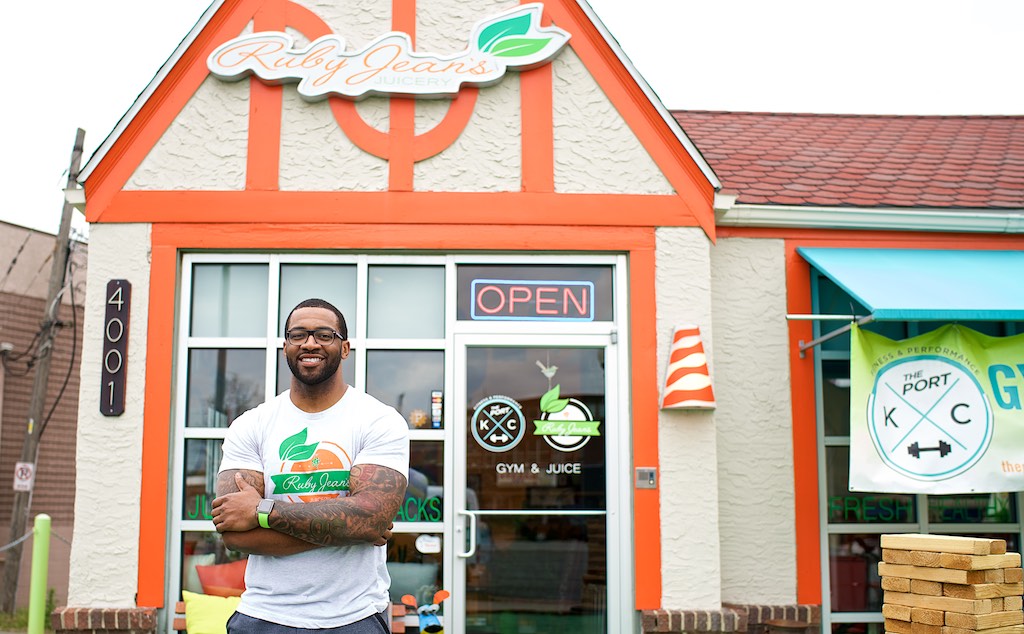 Chris Goode is making history as one the first black-owned stores to be inserted in a major grocery store. Goode is the CEO and founder of Ruby Jean’s Juicery, a juice bar that promotes juice cleansing. The shop has now opened a location in Whole Foods in Kansas City, Missouri.

Goode credits his success to his late grandmother, Ruby Jean, whom he named his store after mainly because it was her state of health that gave him the idea. According to Blackbusiness.com, a friend of Goode informed him of juice cleansing, a kind of detox diet in which a person consumes fruit and vegetable juices, improving their digestive system in the process.

Goode believed this diet would be highly beneficial for his grandmother and may have even prevented her death at age 61 from Type 2 diabetes. Goode felt that if she had the knowledge of the significance of smart eating, she wouldn’t have had to suffer.

Now, he is encouraging his family to embrace the same healthy lifestyle he wished his grandmother embraced. As he said, “Once I got into juicing and health, I realized that 61 was just way too young and [I] started to switch my lifestyle and press my family to do the same. In 2014, I decided to put all I had into my passion and newfound purpose.”

His first juice bar, which he launched in 2015 in Kansas City, was listed as the top juice bar in Missouri. Pretty soon, Whole Foods caught on to Goode’s success and offered him to be a supplier, providing him a brick and mortar store inside it. Besides cold-pressed juices, Ruby Jean’s Juicery also has healthy breakfast and lunch food options for potential customers.

Goode hopes to inspire more people with his grandmother’s story about the importance of healthy eating and longevity with this store.

“We truly feel we can empower people to live healthy by way of sharing my grandma’s story. I feel there’s a Ruby Jean in every family no matter who you are.”