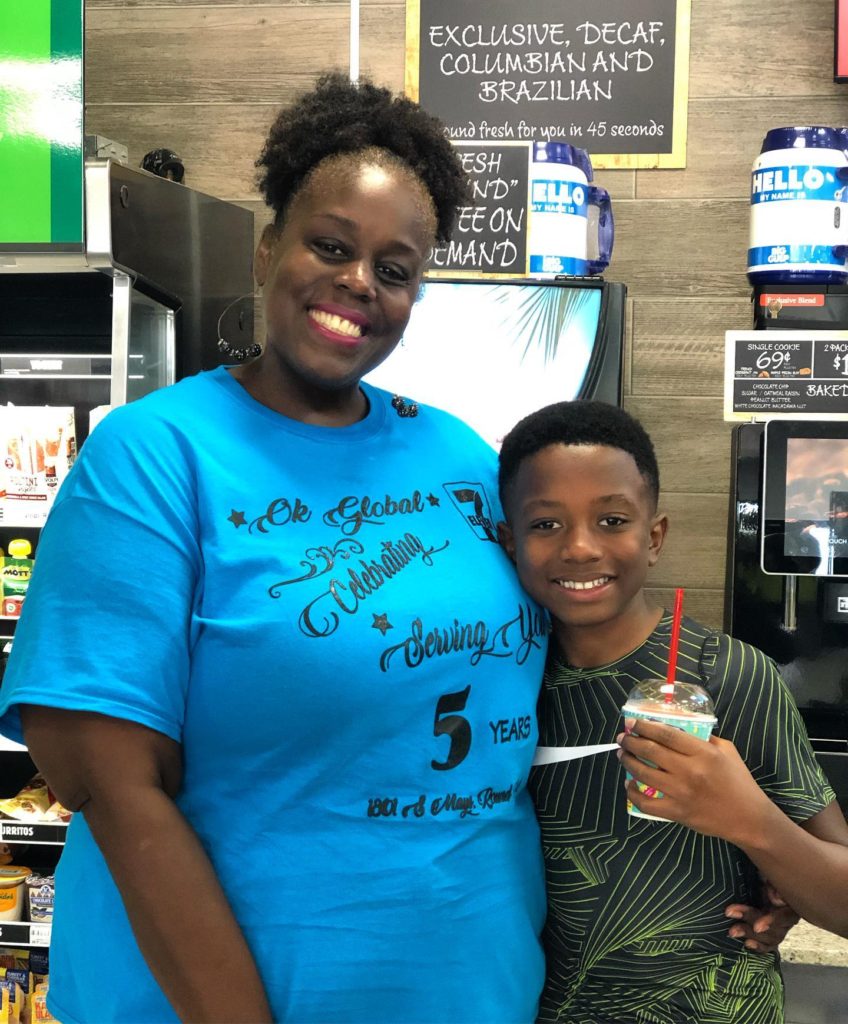 Kim Eboreime is not only the only black woman to own a 7-Eleven franchise in the Austin-Round Rock area in Texas, but her business has been active for five years.

Back in July, Eboreime celebrated the fifth anniversary of her business after opening the store in June 2014. “We opened the doors here June 23, 2014,” she told local ABC affiliate state KVUE. What initially made it so challenging was that Eboreime opened her store during a time when her competitors were at their peak. As she states during an interview with KVUE, “There’s a big competitor that came in and they’re big—they’re a big brand. They’re big and shiny.”

However, Eboreime refused to allow her competitors to deter her. Instead, she focused her energy on providing impeccable customer service, a method that worked well because she ended up gaining a large number of regular customers.

One of those customers, Donna Slawson, said, “The spirit is so high here. It’s the best place to come. They have great employees. They’re all friendly. We love each other here. I feel like I’m part of the family.”

What makes Eboreime’s achievement so commendable is the fact that, according to BlackBusiness.com, that although there are over 8,500 7-Eleven franchise stores across the United States, Emboreime managed to be the first black woman to own one in her area.

For its fifth anniversary, she decided to spend it by giving back to the community that was essential to her success by throwing a party at the store, giving away free Slurpees, and doing raffles.

“My community is very proud of me,” said Eboreime.