On Being Black at Google I/O 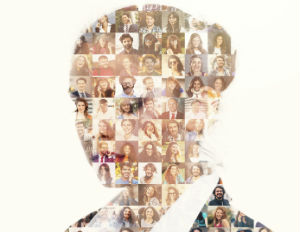 The young black woman ahead of me on the plane, turned around upon hearing my conversation with a colleague, “Oh, are you going to Google I/O, too?â€

I took that encounter as foretelling that Google I/O, Google’s annual developer conference, was bound to be quite diverse in the ethnic makeup and gender of attendees. However, there seemed to be only a handful of black developers (and even fewer black journalists) at the event, among the 7,000 in attendance, when I actually arrived. Â There were plenty of women, although they were mostly white and Asian.

Don’t get me wrong–it was a fantastic event. The demos were amazing as were the talks and sessions held by lead Google engineers.

I walked around the conference looking to interview a black developer. However, I noticed that when I tried to make eye contact with other black people at the event, I didn’t get much eye contact back (save for the ones who were part of the events staff Google hired–they were super friendly).I even approached a black young man in a coding t-shirt who was busy scrolling through his phone. But, as I got closer, he abruptly walked away. In fact, mostly all of the other black people were in groups with whites or Asians–not too many with each another. It was almost as though black people were avoiding other black people.

I’ve seen this phenomenon before at other mainstream tech conferences, and I think there may be reasons why. Despite all the talk about diversity, technology remains dominated by white and Asian men.

If you are a young, black developer looking to work at Google, for example, or a tech entrepreneur trying to get funding for your startup, you are going to want to network and be seen with those who can help you the most. However, I think it’s also important for more black tech journalists, bloggers, and social media stars to not only attend black-oriented tech events, such as Silicon Harlem, but Google I/O, Facebook’s F8, and other huge tech conferences

I’m going to make a greater effort at the next event to communicate with other blacks in attendance, no matter what I may perceive. And, if you see me at any of these events, be sure to say, “Hello!â€

What are your thoughts? Anyone experienced similar at a tech conference? Let us know in the comments!