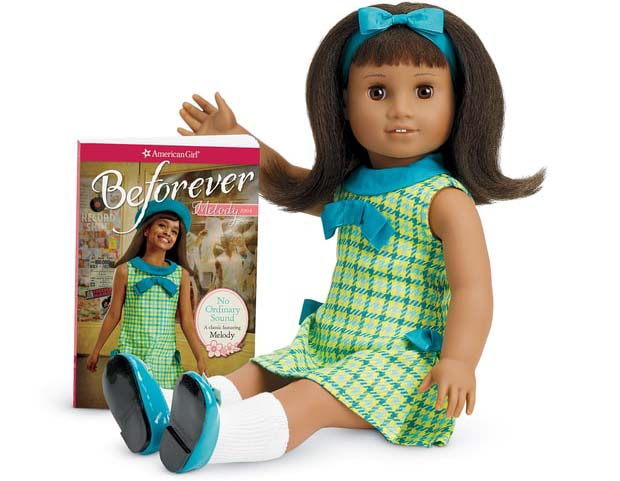 “When we learn about the civil rights movement, we learn about a handful of really important people,” Speltz added. “But the movement was … driven by average, ordinary Americans, like Melody.”

Melody’s character is the company’s third black doll. According to the narrative that comes with all their dolls, she’s a 9-year-old girl in Detroit in the mid-’60s who loves to sing, perform in church, and who is inspired by Dr. Martin Luther King Jr. to spread awareness on racial inequality.Â

The company elaborates more on Melody via their website:

“Because February is Black History Month, your daughter may be learning about Martin Luther King, Jr., and the civil rights movement in school. But even in our own changing times, civil rights issues and the social climate of the 1960s may be difficult for her to fully understand. That is why we are so proud to introduce our compelling new BeForeverâ„¢ character, Melody, whose story reflects the changing face and history of the nation during that important era.

The late civil rights leader Julian Bond was part of the advisory board to create Melody and her story.

Watch more on the launch of the doll and the history behind it below via CBS: