Black History Month: The Slave Behind the Jack Daniel's Recipe 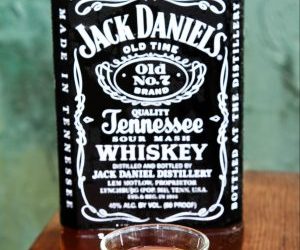 Jack Daniel’s, the world’s best-selling AmericanÂ whiskey, is a popular spirit that hasÂ been enjoyed by millions for more than a century. Â The name of Old No. 7 is branded afterÂ Jasper Newton “Jack” Daniel, a distiller and businessman from Tennessee, who founded the Jack Daniel’s Tennessee whiskey distillery in 1866. Although Daniel is credited for inventing the Tennessee whiskey in the 19th century, the company revealed in 2016 that he learned the trade of whiskey making from a slave known as Uncle Nearis.

At just 15 years old, Daniel was adopted by a Lutheran preacher,Â store owner, and distiller named Dan Call, whoÂ taught him how to run his whiskey still. However, the instrumental role that Call’s slave, NearisÂ Green, played in teaching Daniel how to make whiskey has largely been whitewashed from history. The distillery began embracing and publicizing Green’s role in creating the household name whiskey lastÂ summer. Family members of Green, however, say they always knew thatÂ he was the secret behind the sacred whiskey recipe.

“I think he should have got more credit,” said Claude Eady, a 91-year-old relative of Green, to The Telegraph last year. “Back then, they didn’t pay much notice to him, but now everybody’s trying to make a dollar off him. He was the one that did all the work.”

Greene was just one of the many African American slaves who were not recognized or paid for helping craft spirits and run distilleriesÂ owned by white men during the 19th century. Â According to Fred Minnick, the author of Â Bourbon Curious: A Simple Tasting Guide for the Savvy Drinker,Â it’s simply not possible to credit or document the slaves who contributed to the growth of whiskey in America. “It’s extremely sad that these slave distillers will never get the credit they deserve. We likely won’t ever even know their names,” he toldÂ The New York Times.