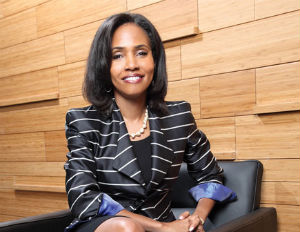 BE 100s financial services company Siebert Brandford Shank & Co., LLC is one of the members of a new business leader council formed to identify measures to encourage private investment in infrastructure and promote economic growth. The investment bank holds the number one spot on the tax-exempt securities ranking and No. 4 for taxable securities. The new Executive Council on Infrastructure also will convene corporate CEOs and other executives from McGraw Hill Financial, American Water, American Air Liquide Holdings, CalSTRS, FedEx Freight, KPMG, Meridiam, and Xylem.

As America contends with the growing need to build and maintain critical infrastructure and the lack of government funding to do it, the Bipartisan Policy Center has decided to bring together top executives from some of the nation’s leading companies to explore ways to bridge that gap.

Infrastructure is considered America’s backbone in that it encompasses the local water main, the Hoover Dam, the power lines connected to homes, the electrical grid spanning the US, neighborhood sidewalks, and the national highway system.

Every four years, the American Society of Civil Engineers’ Report Card for America’s Infrastructure depictsÂ the condition and performance of the nation’s infrastructure in the familiar form of a school reportÂ card–assigning letter grades based on the physical condition and needed investments for improvement.

America’s infrastructure GPA grade for the 2013 Report Card was a D+ with estimated investment needed by 2020 at $3.6 trillion. When investments are made and projects move forward, the grades rise.

“Even though government will continue to play an important role supporting our nation’s critical infrastructure, there is simply not enough federal and state funding available to make sure our transit systems, shipping hubs and water facilities meet the needs of the 21st Century,â€ noted Executive Council On Infrastructure co-chair Douglas Peterson, president and chief executive of McGraw Hill Financial and Susan Story, president and chief executive of American Water.Â “America will be increasingly reliant on private sector investment in infrastructure. The business community has both an interest and obligation to identify ways to overcome the barriers keeping billions of dollars of private capital on the sidelines.â€

Over the next year, the Council plans to hold several public and private meetings as they develop recommendations designed to bring additional private sector investment into infrastructure. BPC will assist in the Council’s work, culminating with the release of a white paper in the first half of 2016.