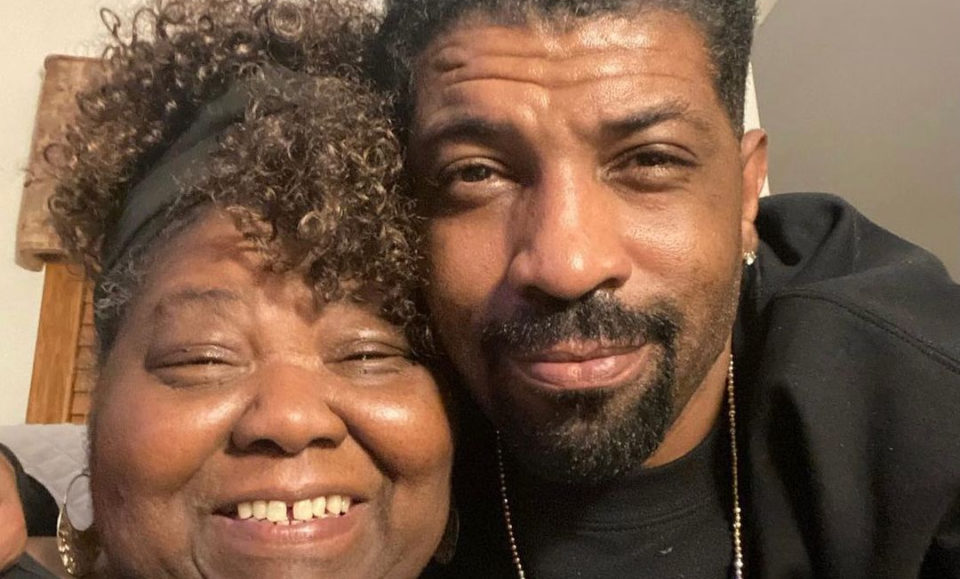 “It’s with very heavy hearts, we let you know of the passing of Deon Cole’s beloved mother, Charleen Cole, on Friday September 10th. Deon isn’t in a position to return calls or messages right now, but wants you all to know that he appreciates all of your love, light, and support, and thanks you for your continued thoughts and prayers for him and his family.”

No other details were revealed about the cause of death.

Chicago’s Very Own WGN remembered Cole’s mother by posting an old video clip from May 19, 2016, when Charleen appeared on their news show with Deon and they played a game titled, “Deon Cole’s Mother Knows Best.” Deon is asked questions and he answered with what he thought his mom would say. Of course, the answers reveal more about Deon than the public knows.

The host asked Deon if he was a good or bad influence, he responds “Good” and his mother says he was good and bad and goes on to explain an incident that took place at high school. After asking what scares him, Deon states “snakes” and his mother says that he was actually scared of balloons. Then he was asked what would he want his mother to cook for him and he says chicken and although she agreed with his response, she said she would cook him “anything his heart desired.” After being asked what his favorite toy was, Deon says his Spiderman doll but his mother reveals it was an Evil Knievel doll.

You can view the video clip below:

Our heart goes out to Deon Cole and his family.