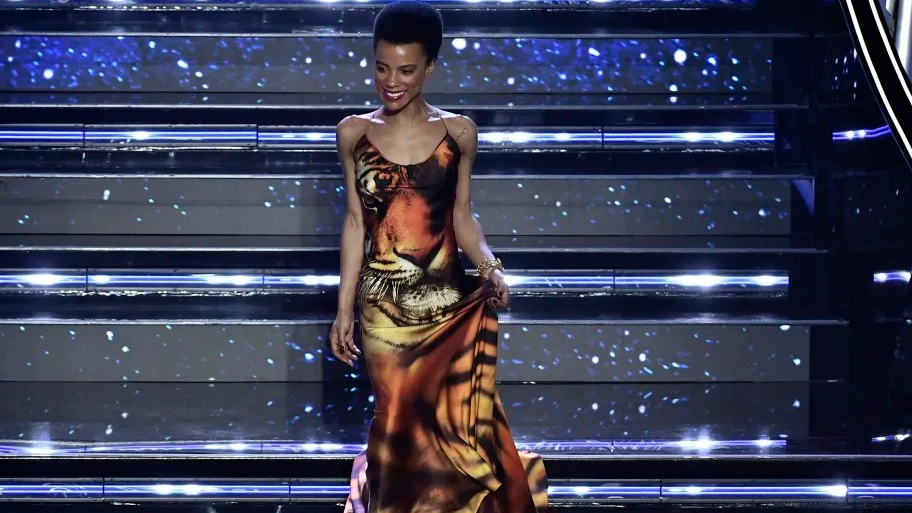 A Black actress in Italy was selected to be a guest at the Sanremo Music Festival. Once the announcement was made public, the actress said she started receiving racist messages online.

According to The Associated Press, Lorena Monroe Cesarini, 34, went on television after receiving harassing messages online due to her being Black. The actress went on RAI state television earlier this week and read some of the harrowing messages during the broadcast of the music festival.

Cesarini stated this was the first time she was the target of racism growing up in Italy. Immediately after the announcement, she started receiving more racist messages.

The actress, best known for her role in the Italian serial drama Suburra, read several of the comments she received to the viewing audience.

“They invited you because you are Black,” she read from someone who felt she did not deserve to be there. Another one stated, “Maybe they called you to wash the staircase or water the plants.”

She said, “Evidently, for someone, the color of my skin is a problem.”

Although she read some of the quotes from her detractors, she received support from some live audience members. One of them yelled out to her, “You’re Italian,” to which she replied, “Yes, and proud.”

The actress, who grew up in Italy, was born in Dakar, Senegal, to a Senegalese mother and Italian father.

She posed several questions to the audience as she wondered aloud about the purpose and length that some people go to utilizing social media. “Why do people feel the necessity to write such things on social media? Why do people have a problem with the color of my skin?”

Recently, more attention has been brought to racist incidents in Italy. There are also murmurs about Italy’s failure to represent second-generation Italians of African or Asian descent as integral to society. Black Italian designers have also been striving for more representation in the fashion world.