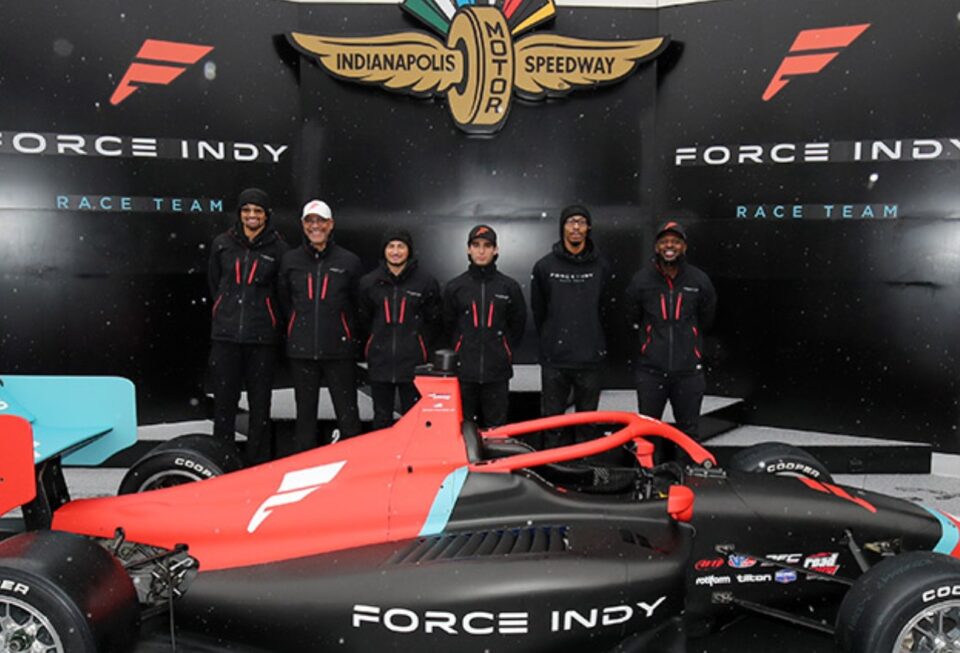 The team made its Indy Lights debut February 25 on the Streets of St. Petersburg. During its inaugural season in the 2021 Cooper Tires USF2000 Championship, the team made history as the first African American-owned race team to win an INDYCAR-sanctioned race with African American driver Myles Rowe.

“Each day we hit the track, we do it in honor of the late Dewey ‘Rajo Jack’ Gatson, one of the winningest African American drivers and mechanics in racing history. He paved the way for us to be here today,” says Team Principal Rod Reid.

“At Barber, we’re looking forward to being consistent, finishing well and proudly representing our community.”

The signature red tail on Force Indy’s race car is in honor of the Tuskegee Airmen’s distinctive red-painted tails on their fighter aircraft. During World War II, they fought racial injustice and segregation to participate in 15,000 missions as bomber escorts. The team’s #99 was selected in honor of the roadster driven by the late Dewey “Rajo Jack” Gatson, who never received an opportunity to race in the Indianapolis 500.

Force Indy Driver Ernie Francis, Jr., 24, has three wins under his belt from his Formula Regional Americas Championship and a second-place finish in the inaugural season of the Superstar Racing Experience (SRX), with a win at Lucas Oil Indianapolis Raceway Park. He’s a seven-time class champion in the Trans Am Series (2014-2020). His 47 career victories are the most of any driver in Trans Am history. His 24 wins in the premier TA category trail only Paul Gentilozzi (31 wins), Mark Donohue (29 wins), and Tommy Kendall (28 wins).

The Force Indy team looks to benefit from the relationship with the legendary Roger Penske, winners of a record 18 Indianapolis 500’s and 16 NTT INDYCAR SERIES championships. Team Penske will continue to offer mentorship for Force Indy, as the initiative also falls under Penske Entertainment Corporation’s “Race for Equality and Change” announced in July 2020. The goals include recruiting and developing a diverse workforce throughout all levels of INDYCAR and Indianapolis Motor Speedway, ultimately creating a community that fundamentally transforms the sport.