This 'Black Lightning' Actress Is Also a US Air Force Veteran 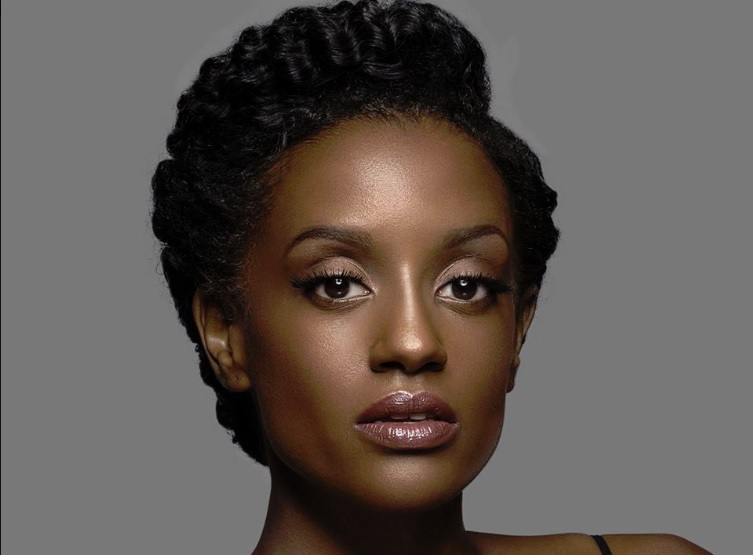 Imagine having the opportunity to put pieces of your life experience on the big screen and heal your wounds through the characters you play. That’s what happened for Air Force veteran Skye Marshall, best known for her role in the superhero series Black Lightning. She landed the role of Shonda Peterson in the movie Indivisible, an inspiring true story that speaks about the power of faith to uplift families—especially those who have been devastated by the aftermath of war.
“I have waited patiently for many years to finally book a military role so that I can represent true veterans and bring some authenticity to the characters I can play,” said Marshall, who has starred in the Lifetime biopic about Toni Braxton, Unbreak My Heart and can be seen as Kara Fowdy on the hit CW superhero series, Black Lighting.
“When I read the script, I was just blown away by how accurate the writing was when it comes to military families and members that are dealing with the struggles on and off the battlefield.”
Marshall, a classically trained dancer, has a background that positioned her perfectly for the role. “At age 5, I did ballet, jazz, tap. I was the tutu girl. I danced all throughout high school and in the marching band in college.” Marshall’s dance background helped her to learn choreography that required her to be able to take a man down while building the muscle memory needed to rehearse scenes for the movie.
The Black Lightning actress may have been a talented performer for decades, but her interest in joining the Air Force didn’t start until college. While at Hampton University, she made it her mission not to be a twenty-something-year-old with hundreds of thousands of dollars of student loan debt. So she enlisted in the Air Force where she received a full ride to cover all of her college expenses. “That was my initial decision as to why I joined the Air Force. Once I joined, I got to experience the community, and it was like summer camp for me.” However, when 9/11 came, her priorities shifted. “It wasn’t just about paying for college. I have to serve my country. And I don’t regret the experience.”

Then there comes a moment in your life when the dots connect and you realize everything you’ve been through has prepared you for the impact you want to have in society. “When I was in the military, I had a hidden dream of wanting to be an actor. I never thought that those two would ever collide,” says Marshall. “So for me to be able to put on this uniform and do what I love, by the grace of God that I have the opportunity and that I was prepared and ready for it, I am so proud to be able to represent not just those women who have the struggles that my character Shonda has but any all active members and family members that struggle with transition coming out of the service.
Indivisible will be released in theaters on Oct. 26. 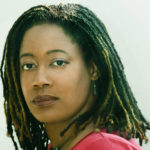 N.K. Jemisin Just Made History at The Hugo Awards—Here are 7 Facts About Her 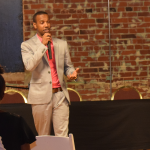 FacebookTwitterYoutube
← N.K. Jemisin Just Made History at The Hugo Awards—Here are 7 Facts About Her ← BE MODERN MAN: MEET ‘THE EQUALIZER’ TORRENCE REED
×
'