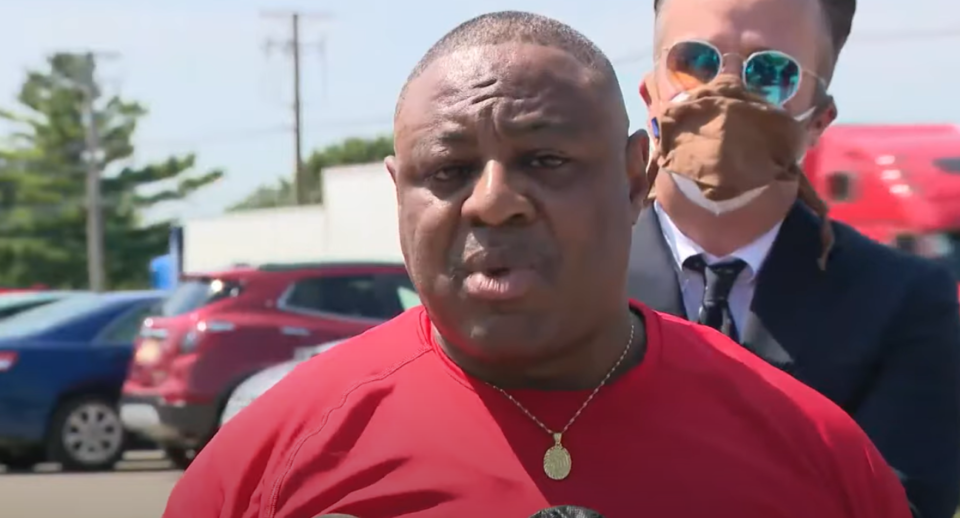 A Black man who was exonerated last year after spending nearly 30 years in prison for a crime he did not commit has filed a lawsuit against Chicago.

Fifty-three-year-old Keith Walker filed a lawsuit against the Chicago Police Department and several top police officers last week on allegations that Cmdr. In Chicago Tribune reports, Jon Burge’s “Midnight Crew” tortured him and manipulated evidence to frame him for a crime he took no part in.

Walker wore an #ImInnocent t-shirt while speaking at a press conference last Tuesday about the fateful night in 1991 when, as a 23-year-old, he was “forced to confess” to the murder of 18-year-old Shawn Wicks.

“You’ll get a front-row seat experience of the extremes the police will go through to get a confession on a crime you had nothing to do with,” Walker said.

He said his lawsuit is not to seek financial gain but is instead meant to receive retribution for the mistreatment he endured. His lawsuit alleges that the confessions obtained were “the product of abuse by police detectives working under now-infamous Commander Jon Burge.”

Burge died in 2018, but his estate is named in the lawsuit. The disgraced former police officer worked as a commander from 1986 until he was fired in 1993. Special prosecutors accused Burge and his “Midnight Crew” of torturing criminal suspects to force confessions. Burge was convicted of lying about torturing suspects and was terminated from the force.

“Today, Keith is seeking a small measure of justice,” Walker’s attorney Sean Starr with Loevy & Loevy said. “He is trying to reconstitute a life and a 30-year void in anyone’s life is a void that is not fillable.”