Miss Universe: Top Women of Color Who Got the Crown 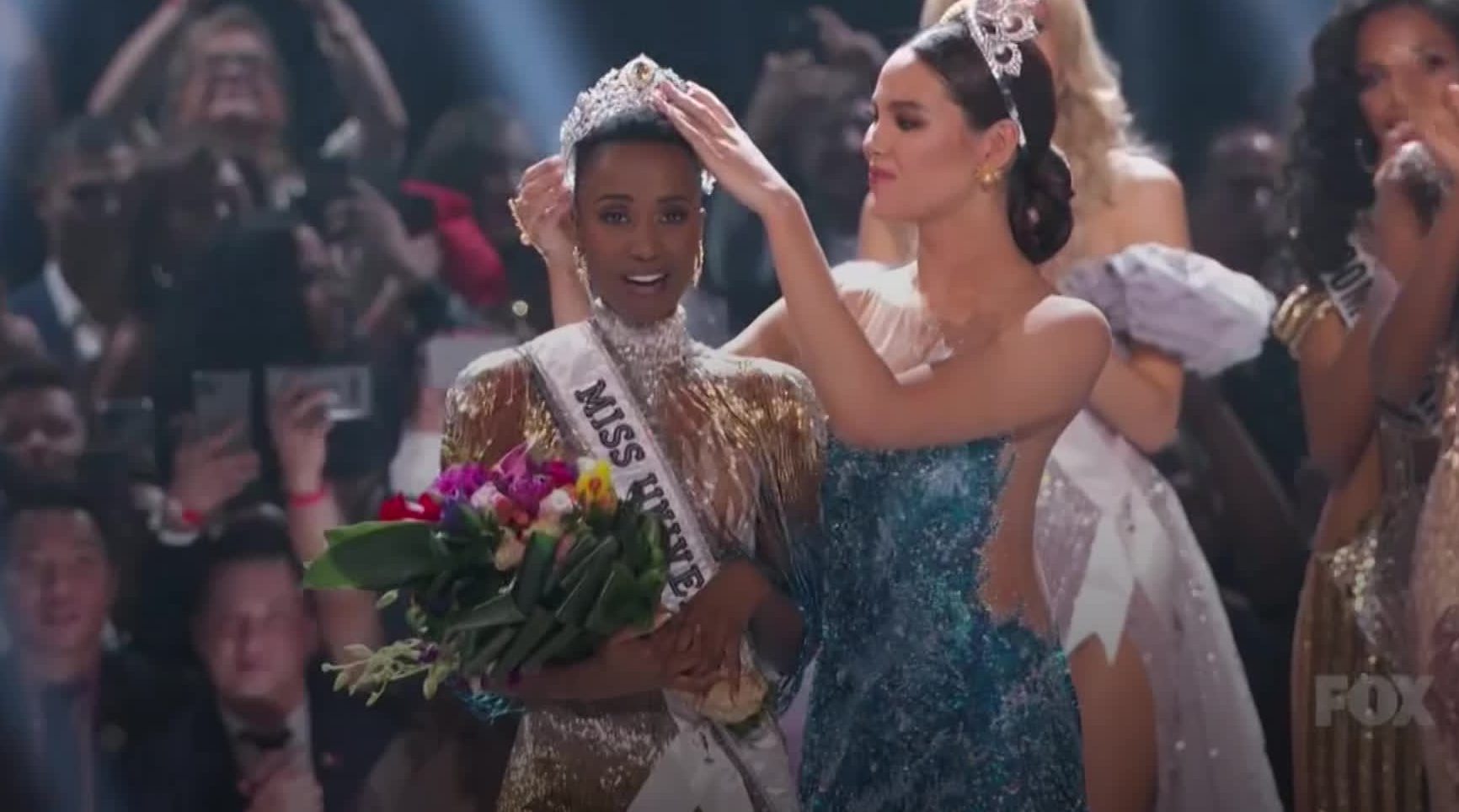 On Jan. 25, the Miss Universe 2015 Pageant took place in Miami, with Miss Colombia, Paulina Vega, taking home the title. She beat out Miss USA Nia Sanchez and other competitors from over 80 countries. Among the top five also included Miss Ukraine, Miss Jamaica and Miss Netherlands. As the world celebrates, take a look at five talented women of color who have graced the stage and worn the crown:

Leila was born in 1986 in Benguela City, Angola. Along with being a natural beauty, she also attended college in England, where she studied business management. The Miss Angola UK 2010 winner is largely involved in raising HIV and AIDS awareness. On Sept. 12, 2011 in Brazil, she was crowned Miss Universe, and became the 60th title holder and the first Angolan woman to seize the title. Prior to her outstanding achievement and victory, another black woman hadn’t won in 12 years.

Mpule Kwelagobe was crowned Miss Universe in May 1999. Upon receiving the crown, she has been recognized for her actions in human health rights, and she remains involved in the fight against HIV /AIDS. She is also an advocate for young women to become more educated in sexual reproductive education. Mpule originally entered the pageant in 1997 but didn’t win anything, so two years later she tried again, and received the legendary crown. She became a spokes model for Clairol, and the UN appointed as a Goodwill Ambassador in 2010.

Place of Origin: Trinidad and Tobago

Wendy became the second Miss Universe originating from Trinidad and Tobago in 1998. As a teen, she would model locally, and at the age of 25 she attended the Miss Universe pageant in Honolulu, Hawaii, which was one of the most dramatic competitions in history. There was a panel of eight judges and at the time there was no way to break a tie. The final two came down to Wendy and runner-up Veruska Ramirez, from Venezuela, who had won the swimsuit competition with the highest score in history at the time. In the end, Wendy prevailed and similar to the previous two winners, she is dedicated to raising awareness and money to the HIV/AIDs cause. She also founded the Hibiscus Foundation in Trinidad & Tobago to raise responsiveness in the area. The stunner also provides financial assistance to families and children’s homes in Trinidad and Tobago.

Chelsi was born in Redwood City, California, to 19-year-old parents. Before the age of two, her parents were quickly divorced, and her mother, who suffered from alcoholism, surrounded custody of Chelsi and granted her ex-husbands parent’s custody. Several years later, her maternal grandparents divorced as well, leaving Chelsi to grow up in multiple divided homes. She still persisted and remained positive, majoring in education at San Jacinto College in Texas. In 1994, she competed in her first beauty contest and became a semifinalist in the Miss Texas USA pageant. In 1995, she was crowned Miss USA and won Miss Universe the same year. She was the highest placed competitor after the preliminary competition, and she still remains the uppermost placed contestant to ever compete. She was the first Miss USA to become Miss Universe in 15 years.

Place of Origin: Trindad and Tobago

Janelle moved to the U.S. when she turned 13 years old, where she spent her teen years and attended college at the Fashion Institute of Technology in New York City. She returned to Trinidad and Tobago in 1976, and a year later she was crowned Miss Trinidad and Tobago. She’d be crowned Miss Universe a few months after that win. Commissiong was the first black woman to ever win the Miss Universe award in the history of the pageant which gained international attention and seized media headlines, encouraging diversity in the competition. She became an advocate for black rights and worldwide peace, receiving the Trinity Cross in 1977, which was the highest award receivable at the time (1969 to 2008). The National Awards of Trinidad and Tobago was given to individuals who “distinguished and outstanding service to Trinidad and Tobago. It was awarded for gallantry in the face of the enemy, or for gallant conduct.”

On December 8th, 2019, Zozibini Tunzi, Miss South Africa, won the coveted title and crown of Miss Universe beating out 90 other contestants at the brand-new Tyler Perry Studios in Atlanta.

Ms. Tunzi said, “Society has been programmed for a very long time that never saw beauty in a way that was Black girl magic, but now we are slowly moving to a time where women like myself can finally find a place in society, can finally know they’re beautiful.”