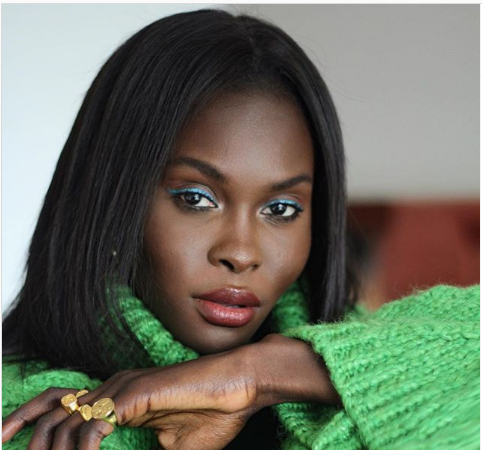 An African American model says she was pressured to wear bizarre, racist accessories two weeks ago at a Fashion Institute of Technology runway show during New York Fashion Week, according to the New York Post. She said she was being pressured to wear monkey ears and oversized lips.

Amy Lefevre, who has been a model for four years, said she is no stranger to the racism and bigotry in the fashion industry but had never experienced anything like what she witnessed at the FIT fashion event on Feb. 7. The show was held at Manhattan’s Pier59 Studios. The runway show was set up to showcase the work of the 10 alumni from FIT’s inaugural Master of Fine Arts class in fashion design, according to a press release.

“I stood there almost ready to break down, telling the staff that I felt incredibly uncomfortable with having to wear these pieces and that they were clearly racist,” Lefevre, 25, told the Post. “I was told that it was fine to feel uncomfortable for only 45 seconds.”

She eventually walked the runaway, but without the ears or the bright-red synthetic lips. She stormed out of the event immediately afterward. “I was literally shaking. I could not control my emotions. My whole body was shaking. I have never felt like that in my life,” she said. “People of color are struggling too much in 2020 for the promoters not to have vetted and cleared accessories for the shows.”

Recent FIT grad Junkai Huang created the designs and according to some observers, Huang, who is from China, did not appear to understand the racial overtones of his work. A student who spoke on the condition of anonymity said she was backstage when it took place and backed up Lefevre’s version of events. “We brought it up to [Thornn] multiple times,” the witness said. “We said, ‘She cannot wear this. This is wrong.’ He screamed in my face, ‘You need to back down and get away.’ It was such a grave lack of judgment.”

Other models in the show, who were not African American, wore the accessories on the runway.