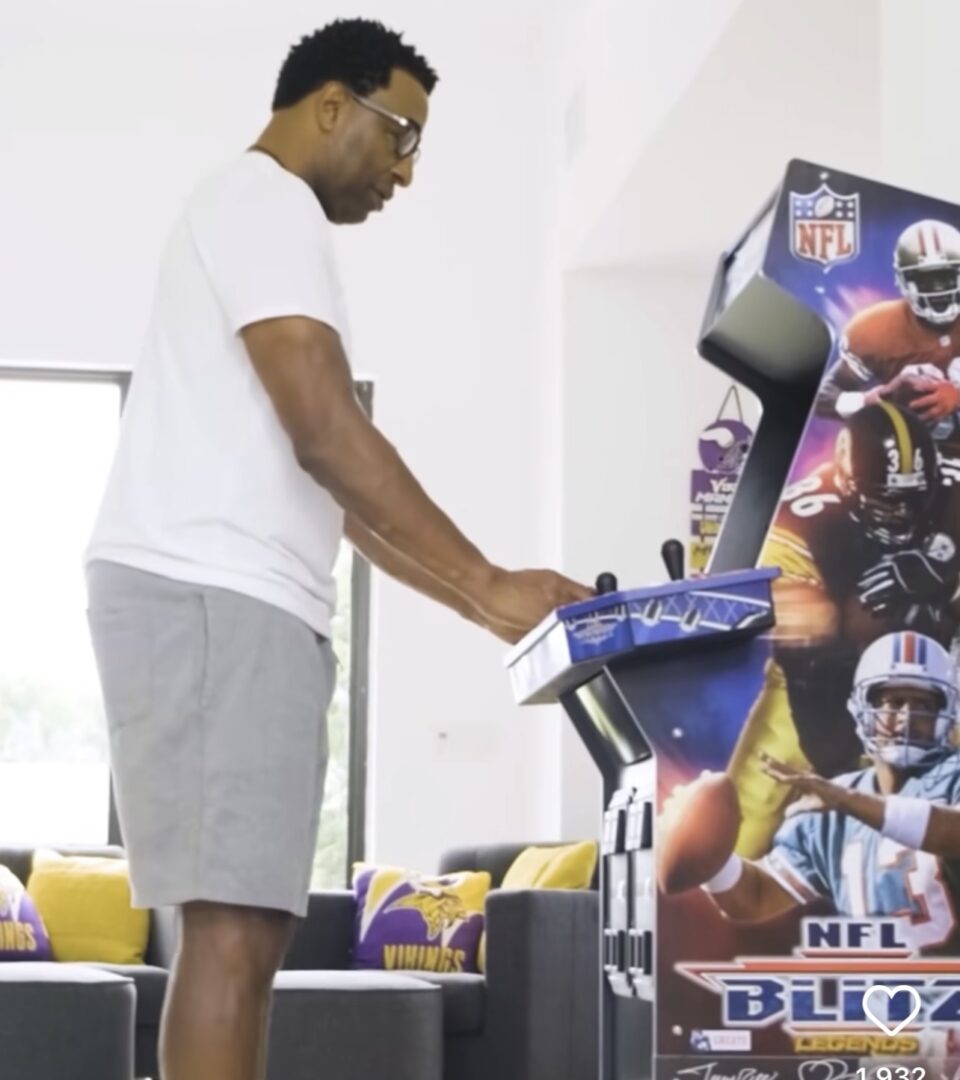 The 90’s NFL Blitz franchise is back 25 years later, thanks to a special remastering release.

Arcade1Up, a giant in at-home retro gaming entertainment, is offering a unique experience to today’s NFL fans and gamers. On Monday, the company announced the launch of NFL Blitz Legends, remastered versions of the legendary games, as well as the creation of an at-home arcade machine loaded up with NFL Blitz, NFL Blitz ’99, and NFL Blitz 2000: Gold Edition.

“I’ve always thought Blitz was one of the best games made and the fans loved it too,” Rice said in a statement. “I like how Arcade1Up took the time to reflect today’s NFL game while celebrating the game’s greatest legends and uniforms from back in the day. Every play is still a game-changing play and I love that. I can easily see this becoming a favorite pastime.”

NFL Blitz Legends launches later this year. It stands as a five-foot-tall cabinet with a 17-inch display, per the product’s website. In addition to a lighted marquee and custom-branded riser, gamers can enjoy the 1-4 player action, a 49-way joystick, online play, Wi-Fi-enabled leaderboards, and more.

At $599.99, NFL Blitz Legends is available for preorder at Best Buy, Walmart, and Arcade1Up’s website. A cool add-on includes a team-branded stool priced at $79.99.

“We could not be more excited to bring NFL Blitz Legends to fans who have been waiting years for the return of this iconic game,” said Scott Bachrach, CEO at Arcade1Up, per the press release. “Our team spent the better part of the last two years making sure we both honored the games’ past while bringing it up to today’s modern standards with AAA development efforts in partnership with the NFL and FGA, and I think we’ve achieved that in an unbelievable feat of fun, exciting, action-packed gameplay while reengineering the original game.”