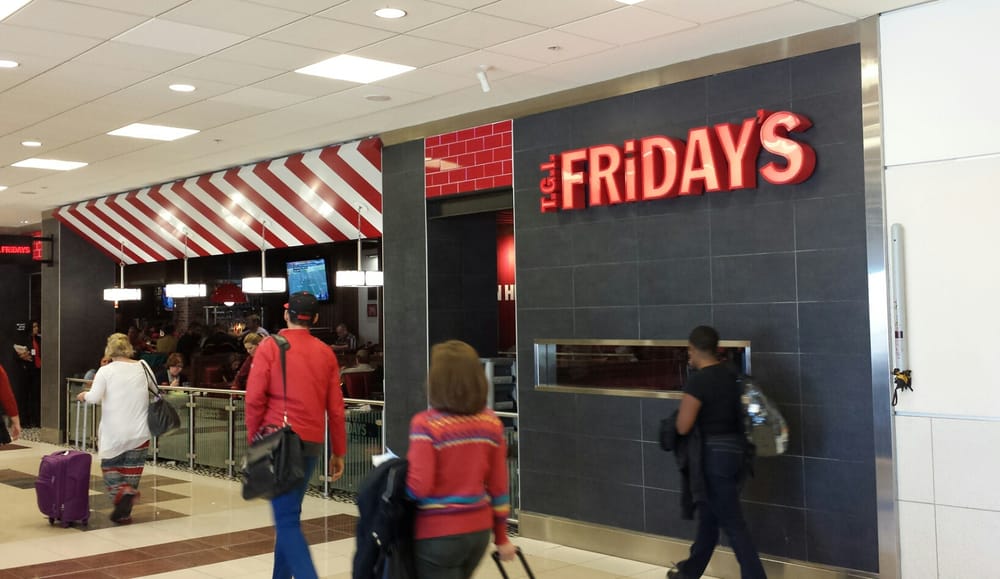 Jackmont Hospitality is no stranger to the BLACK ENTERPRISE audience. The award-winning restaurant management company, headquartered in Atlanta, was founded in 1994 by the late Maynard H. Jackson, Jr.–three-time Mayor of Atlanta–his daughter Brooke Jackson Edmond, and current President and CEO Daniel Halpern. Jackmont Hospitality was recently named Franchise Group of the Year at the TGI Fridays’ Global Business Conference.

One of the most awarded TGI Fridays franchisees in the U.S., Jackmont Hospitality operates restaurants in Florida, Georgia, Maryland, Pennsylvania, North Carolina, and South Carolina. It owns more than 46 restaurants including well-known franchise brands and independent concept restaurants such as One Flew South, and Chicken+Beer, located in the Hartsfield-Jackson Atlanta International Airport. With revenues poised to exceed $170mil in 2019, Jackmont Hospitality has found a permanent home on the BE 100’s list.

Daniel Halpern, the president and CEO of the company spoke with BE on how the TGI Fridays franchise became such a large part of their portfolio, and what it takes to achieve their level of success.

BE: Why did you make the decision to invest in TGI Fridays and target the airport space?

Daniel Halpern: Back in 1994 when we started, TGI Fridays was the “king of the hill” brand in the restaurant space and we saw that as the way to go. We also recognized that Pittsburgh was the first airport to launch higher-end restaurant options to travelers and determined that would be the new trend and a great opportunity.

What are the differences running an airport location as opposed to a street location?

Airport locations have their own complexity and are much harder to operate – considering the space limitations and security. The revenues are high, but you must have a very good operator in place for it to run smoothly. You also don’t own the real estate like you can when you have a street location, which gives you long term security and 100% control over the location.

With so many restaurants in a number of different states, how is Jackmont Hospitality able to maintain such high standards?

The restaurant business is both an art and a science. On the art side, we really try to develop people. It starts with people. We believe in the “people, sell, profit” equation and strive to “create a fun and rewarding environment.” When people enter a TGI FRIDAYS® they’re looking for an experience. We want to make sure that each restaurant is clean, and our team is courteous, polite and prompt. If you drive with your people first, guests will want to come back.

What tools do you use to achieve this?

First, we have a very robust training program. We want to make sure employees are good at what they do. Our motto is “One Family Serving Many.” We have manager training programs as well as shift supervisor programs, and now we’re launching apprenticeship programs in partnership with culinary schools in the area such as Atlanta Tech.

The restaurant business isn’t complex, but it is difficult, and you must be consistent. So along with strong training, we use data to evaluate how each location is performing, leveraging those reports to make improvements. While people drive the equation, we use big data to buttress our decisions.

What changes have you seen in industry and how might that impact Jackmont Hospitality?

Funding for emerging minority-owned businesses seems more challenging to get now than it did when we started. Anyone looking to get into food franchising at this time should really start with working in a franchise. It’s really important to understand how the franchise works to be successful at it. Once you start on the inside there are a lot of opportunities to learn and move up. The restaurant industry is a great industry.  About 50% of people have worked in this industry at one point in their lives.

At Jackmont, we like hiring first time restaurant employees. We tell them to use the job as a stepping stone to learn the craft for 12-24 months. I would estimate that 75% of our managers are internal promotions.

We’re also seeing more independent restaurants opening up, but with our diverse portfolio of franchises and independents, we look to continue in both spaces. At some point, we would like to consider franchising some of our concept brands.

Anyone can become an entrepreneur.  If you want to become one, work for one. You will learn so much about that side of the equation. But not at the expense of working for a corporation. I say work for both so you can learn from established systems, and also the art of being an entrepreneur.

Valerie Richardson Jackson, wife of the late Maynard Jackson, and Principal & Board Chairman of Jackmont Hospitality echoed Halpern’s passion about people being number one.

“This [business] meant a lot to my husband. He told me 25 years ago that Jackmont Hospitality was going to be very successful. He always said ‘the speed of the boss is the speed of the crew,’” she shared. “We don’t just provide technical training; we try and incorporate basic values as well. Those values have to include integrity, service, and a high standard of excellence.”

Richard Jackson said the company is focused on helping employees and ensuring their success.

“We offer state certified culinary apprenticeship programs that qualify for college credits and supplement their tuition. We offer a 30% discount on MARTA (public transportation) to help them get to work on time, and we offer $2,500 per year tuition assistance for students that maintain a B average.”