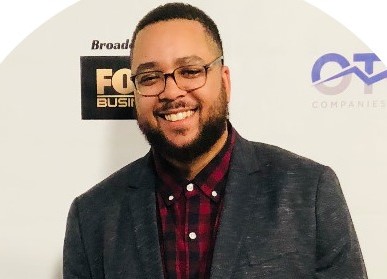 Founders of a Southern California startup called Yappa World Inc. are on a path to bring back civil conversation online. Founders Jennifer Dyer (not pictured) and Kiaran Sim. credit- LinkedIn

Online trolling, bullying, and spamming are annoying online problems most internet users may encounter at some point in time. Founders Jennifer Dyer and Kiaran Sim created an app to help with unpleasant digital messiness. According to a 2019 press release, the Southern California startup called Yappa World Inc. debuted a free audio and video commenting tool for news and entertainment sites, blogs, and all publisher websites. Audio-only or video comments called “Yaps” transcend the traditional text-based approach of online communications. Instead, website visitors would record an audio-only or video clip of their comment. It could be embedded into the Yappa plugin on articles or blog posts, not typed.

On Yappa’s website, the company is described as one that is in the development-stage. It is designed to maximize a website’s content/audience participation in a simple yet needed manner.

“Publishers can create their own social media environment and because communication is via an audio/visual feed, it brings more civility to online discourse and allows both publishers and end users to build beautiful communities where debate and comments are non-toxic,” Dyer said in the press release.

Dyer also mentioned that community standards can be set by the administrator. With the help of Yappa, users can be flagged for alleged profanity, pornography, bullying, and hate speech, or even be banned from the site for violations.

“We truly believe that text-based commenting is archaic. Many times comment sections are littered with unproductive toxicity. It’s much harder to be rude if you’re using your voice,” Sim, chief operating officer for Yappa, also said in the press release.

As an update, Forbes recently reported a major financial win for Yappa, which was founded in 2015. According to the interview, Yappa announced a $3.5 million Series A led by Future Media Limited. Most of the new funding will go toward expanding existing features. In the interview, Forbes also reported that Sim pointed out a key component to the app’s appeal. When using one’s voice, a person is more careful of what is being said than when typing from a keyboard.