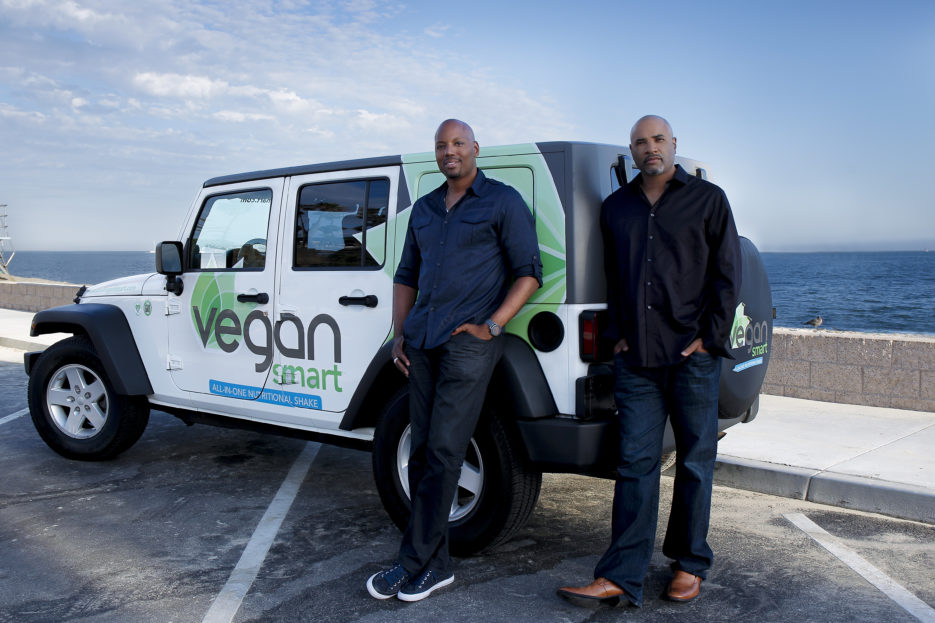 With studies showcasing that diseases in our bodies are caused by unhealthy eating habits, many health and fitness gurus are choosing to eat “clean,” which predominantly consists of plant-based dieting. Founders Claude Tellis and Kareem Cook took note of this and launched VeganSmart, a company that develops and sells plant-based protein powders and shakes, to increase the awareness of the benefits of a plant-based diet.

Like most small businesses, they began selling their product online and locally. As the company began to grow, the two founders decided that working with distribution giant Amazon, was an efficient way of getting their product in front of the masses.

After being advised by their peers to shy away from the retail giant, the founders took a different approach. “As a business owner you have to be forward thinking in order to ensure your company’s success,” said Tellis. “When other small businesses were avoiding Amazon we knew working with them would allow us to reach wider customer base and attract potential retailers.”

Tellis and Cook have been focused on the mission of bringing Whole Foods Market quality products to an underserved customer for years. “It’s not fair that my mom from the Bronx, NY can’t walk around the corner and buy nutritious meals the same way a rich family on the Upper East Side of New York can,” said Cook. Amazon is allowing them to do that. After partnering with the company, other retailers like Wal-Mart, Target, and Costco wanted to be involved as distributors as well.

The team saw Amazon’s reach, its Prime membership, and its commitment to value as a great fit for their partnership. Through their research, Tellis and Cook found out that even though the healthy food industry is a $38 billion growing industry, 86 million people are pre-diabetic—largely because of lack of access to clean, good tasting healthy products.

Amazon’s algorithm ensures companies with the best products have a chance to rise to the top. This has not only allowed Tellis and Cook’s VeganSmart massive exposure but it has allowed them to get their product into the hands of people who can benefit from it. With 70% of the over 1,200 verified purchasers giving the product a 5-star rating, VeganSmart ranks high in their search engine allowing the company to fully focus on fulfilling their mission.