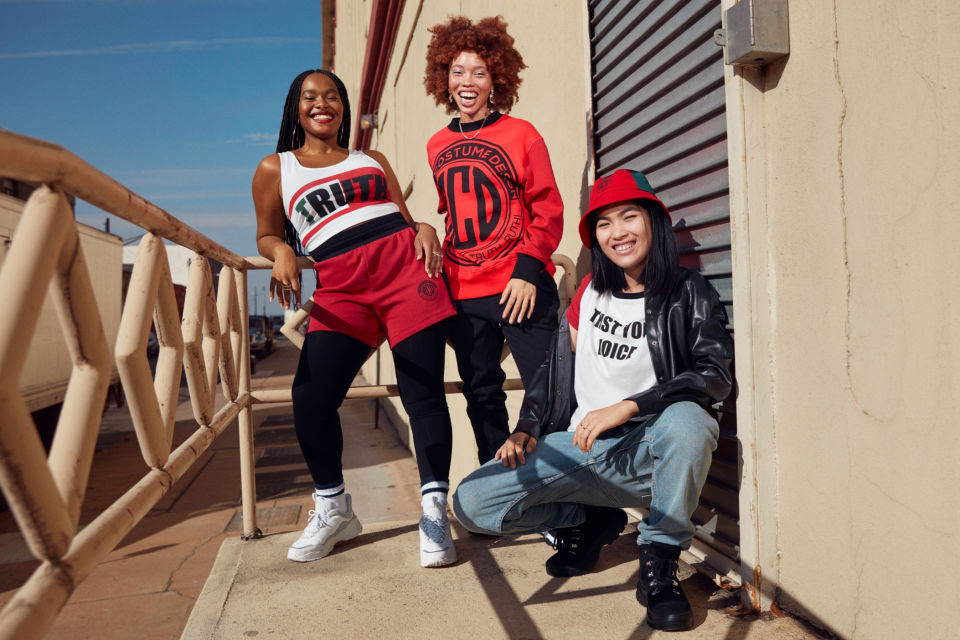 Designer Ruth Carter is launching her first fashion line right before Valentine’s Day through a partnership with H&M, according to The Hollywood Reporter.

The Academy Award-winning costume designer, who became the first black woman to win an Oscar last year for the designs and work she did on Marvel’s Black Panther, will debut the fashion collection on Thursday, Feb. 13.

“People think that I got into costume design because of fashion, but it was really the vivid stories that I was reading by poets and playwrights that made me want to get into storytelling through costume design,” Carter tells The Hollywood Reporter.

“Fashion was not on my radar. I was, rather, introduced to fashion through costume design. I started to understand how to use color and fashion and direct it to character.“

The Ruth Carter x H&M collection consists of tops, two hoodies, shorts, joggers, and a bucket hat ($12.99 to $39.99 at hm.com and in select stores). She announced the collection via her Twitter account: “With the accessibility of H&M I intend to spread some love and inspiration to all who want to express themselves creatively.”

This Black History Month I’m super excited to announce my collaboration with @hm.

With the accessibility of H&M I intend to spread some love and inspiration to all who want to express themselves creatively.

The collection launches on February 13th online and in select stores. pic.twitter.com/QcLxgNoYyl

Carter tells The Hollywood Reporter she had to think about doing a partnership with H&M, “I didn’t want to all of a sudden be considered a fashion designer; I still wanted to be a costume designer, inserting myself into the fashion world, so I really had to think about how I wanted to communicate that.”

“I’ve always been drawn to the Afro future,” Carter said. “It’s been called different things throughout the years; back in the ’90s it was ‘neo-soul’ and there was a lot of interest in colors of the liberation flag (red, black and green) and color-blocking. It’s made a comeback today, which is exciting, because I was always inspired by the messaging that the liberation colors represented—being independent and strong, knowing about the authenticity of your culture.”

She continues: “I am reintroducing the big, strong, saturated liberation colors and the idea of learning to trust my voice as an African American woman who went the distance creatively. I feel very strongly that trusting my voice is what got me to the Dolby stage to win the Oscar.”

Carter, who has been doing her thing for more than 35 years, was also nominated for the costume design Oscar for her work on Spike Lee’s Malcom X (1992) and Stephen Spielberg’s Amistad (1997). Her latest work will be seen in the upcoming Eddie Murphy/Arsenio Hall sequel, Coming 2 America, slated for a December release.