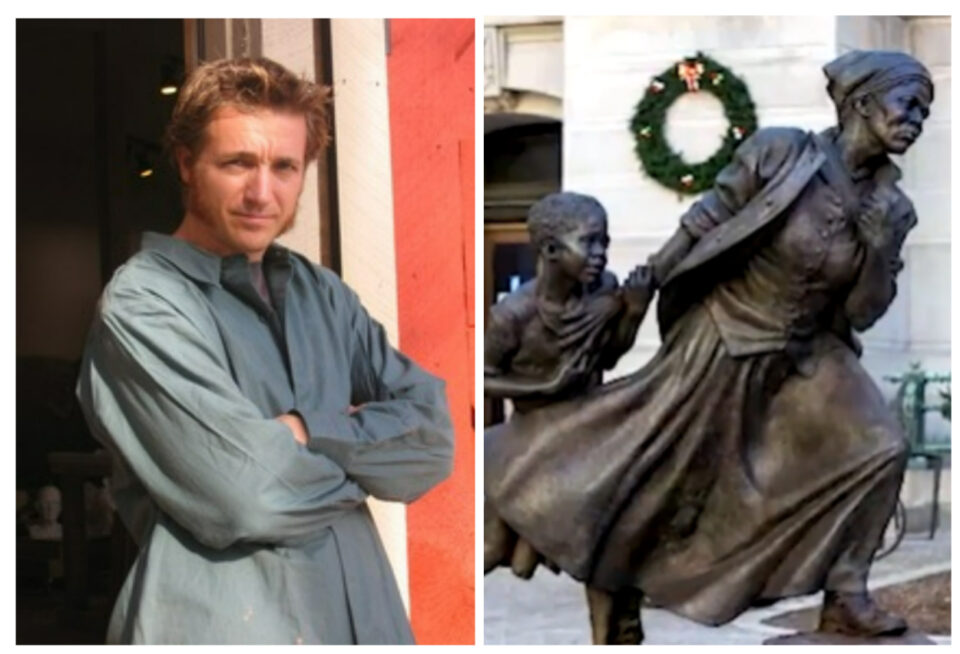 Black Philadelphia artists and historians are expressing their distaste for the city’s decision to commission a white artist to design a new permanent statue of abolitionist Harriet Tubman.

ARTnews reports that a public virtual meeting was held in June by the city’s Office of Arts, Culture and the Creative Economy to raise concerns about the city’s plan. They were outraged that sculptor Wesley Wofford was selected without considering alternative proposals by Black artists.

Wofford has been praised for his work on the statue Harriet Tubman: The Journey to Freedom, which was displayed outside of Philadelphia’s City Hall from January to March.

“Selecting Wesley Wofford to create the permanent Harriet Tubman statue is a result of the four million people who reacted positively and shared images of Wofford’s temporary sculpture Harriet Tubman: Journey to Freedom, commenting on the beauty and likeness of the statue and expressed how deeply the statue made them feel,” as stated by a city of Philadelphia spokesperson, per Atlanta Black Star.

“The City would typically do an open call for artists for a public art project such as this and look for a wide variety of original ideas, visions, and expressions from a diverse pool of artists,” the spokesperson continued.

The permanent statue is slated to stand before City Hall in 2023, but despite the city’s intentions, some of the community is against it.

During the virtual meeting, Leslie Garrett, an administrator based in Philadelphia, said “I am not in support of this particular artist. This should have been brought to the community.”

Maisha Sullivan-Ongoza, a community organizer, expressed her concerns as it relates to racial dynamics.

“Without our city council voting on it, how do you just give away half a million dollars?” asked Sullivan-Ongonzo. “We’re concerned about the process. Someone white is benefitting off of her.”

Marguerite Anglin, a director at the city’s office overseeing arts and culture, led the meeting.

In response to the women, she said: “We’re doing the next best thing in commissioning that same artist to provide a version of this sculpture that is specifically for Philadelphia.”