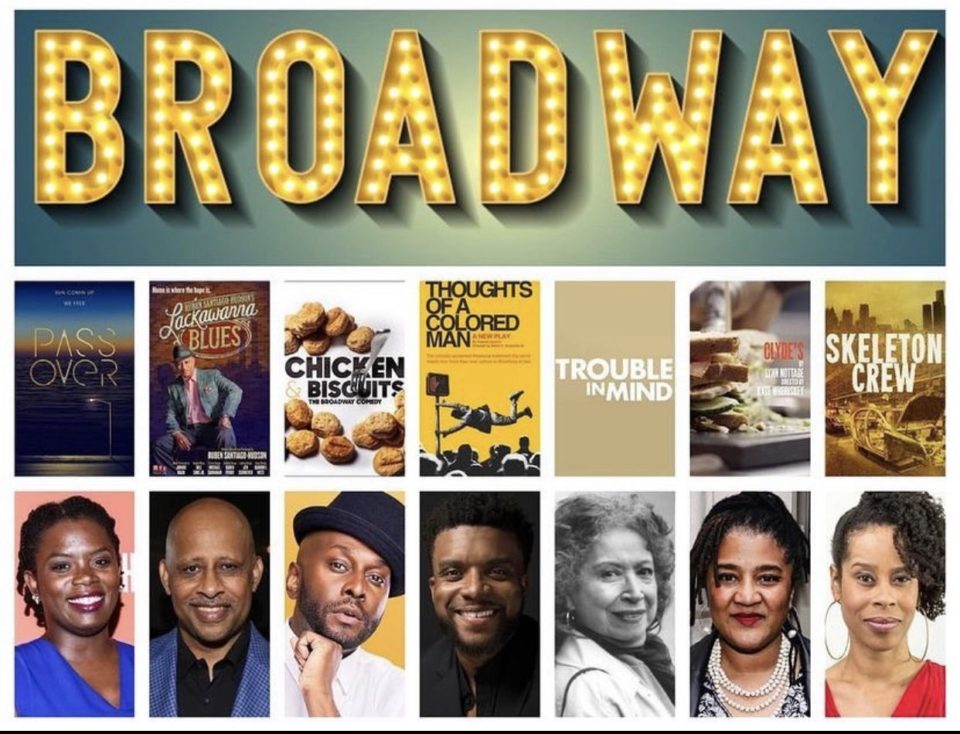 All eyes are on Black playwrights, who are the center of attention on Broadway as seven new Black plays are scheduled throughout the remainder of the year.

All of the plays were written by Black writers, one of which technically premiered before the pandemic hit New York City, according to Deadline.

The fall lineup, according to Playbill, has an array of writers who have written comedies to coming-of-age stories, and it will feature the youngest director in the organization’s more than 250 years, 27-year-old Zhailon Levingston—who happens to be the Black producer behind the 2008 movie The Longshot featuring Ice Cube and Keke Palmer.

The play Chicken & Biscuits written by Douglas Lyon, beginning previews are at the Circle in the Square Theatre on Thursday, was playing off-Broadway on Feb. 28, 2020, at New York’s Queens Theatre–days before the COVID-19 shutdown started in New York City.

The full cast will be announced in the upcoming weeks, but it stars Norm Lewis of Porgy and Bess, Da 5 Bloods fame, and Michael Urie of Torch Song, and Ugly Betty fame are slated to be in project.

The play is a comedy about a fictional family called the Jenkins and a secret being uncovered at a patriarch’s funeral.

The producers of the play are Pamela Ross, Hunter Arnold, E. Clayton Cornelious, and Leah Michalos, all of whom have decades of theatre production experience.

Both Lyons and Cornelious had worked together as actors in Beautiful, making this their first Broadway debut as a playwright and lead producer, respectively.

“I am beyond thrilled to be making my Broadway playwriting debut, ten years and one block away from the very stage where I made my acting debut in The Book of Mormon,” playwright Lyons said. “Chicken & Biscuits is a story of love, messiness, and healing. This opportunity to bring our comedically complex Black family to the Broadway stage is a complete gift. Our batter is full of laughter, and I can’t wait to witness audiences of all backgrounds fellowshipping together. I’ll see y’all at the church—I mean, theater.”

Chicken & Biscuits was written three years ago, and Lewis play a character named Reginald, a pastor and family peacemaker, while Urie will play Logan, the white boyfriend of a Jenkins Family son and brother.

Below is a full list of the Black plays in this fall’s lineup: