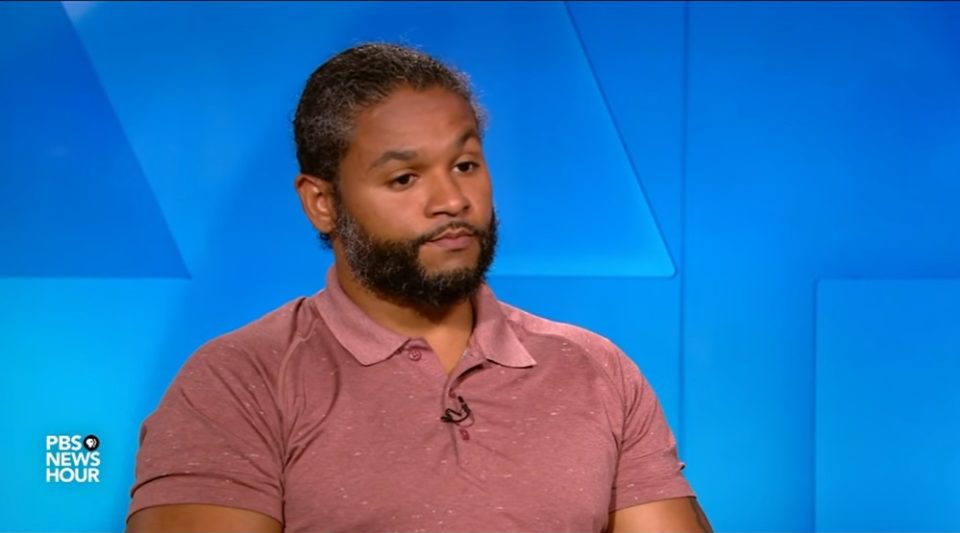 A Black police officer who responded to the insurrection at the U.S. Capitol on January 6, is speaking out about his experience amid his lawsuit against Donald Trump.

James Blassingame has worked with the U.S. Capitol Police for 17 years and says he had never been called the n-word until a flood of Trump supporters stormed the Capitol earlier this year. “That streak ended on January 6,” he revealed on PBS NewsHour, MediaIte reported.

He also claims he never felt the need to draw his weapon in his 17 years on the force, until January 6, 2021.

“I was like, ‘OK, this is it,'” he recalled. “And the only reason why I didn’t do it, was because the mentality was, this is a four-alarm blaze. And if I pull my gun out and start shooting, I’m throwing kerosene on it. Maybe there’s a chance I survive if I don’t pull my weapon, but, if I do, I’m probably not going to make it out of here alive. You don’t have enough bullets.”

After he saw clips of Republican politicians downplaying the events from the day saying the shocking footage looked more like a tourist visit, Blassingame was aghast.

“I mean, it’s deplorable to say—as bad as it looks on film, believe me, it was much worse,” he said. “They can stitch together as much footage as they want to, but I’m telling you, and anybody that was in that scrum will tell you, it was much worse in person than anything you’re ever going to see on film.”

He also blasted the Republicans in Congress who he has worked to protect for the last two decades.

“For the narrative to be modified or changed, it’s disheartening, especially–we go to work every day and we have to protect members of Congress,” Blassingame said. “And for them to come and say, ‘Thank you for your service,’ and ‘Appreciate what you do,’ but you don’t, because this is very simple, just having a commission to find out what happened, so this doesn’t happen again.”

The veteran officer warned about the “very real threat” the insurrectionists pose moving forward. He and another officer are suing Trump for the harm that occurred during the riot,” the New York Times reported.

“If the most powerful human being on the planet is not held accountable, can do whatever they want to do, what does that say about our democracy as a whole?” he said.