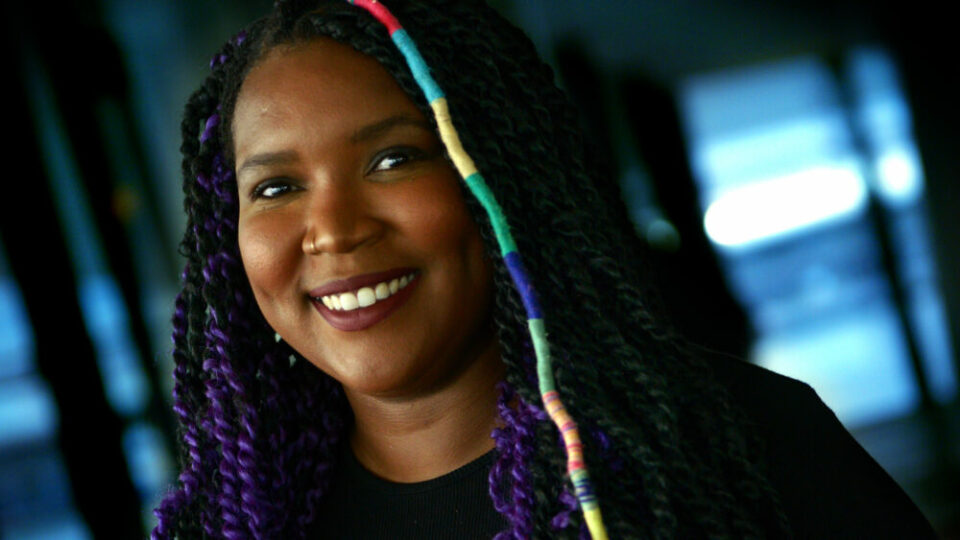 Tamara Shogaolu (Instagram)
NEW YORK — Black Public Media (BPM) has awarded a total of $225,000 in funding to three creative teams who competed at its PitchBLACK Forum.
The annual forum, which is the largest pitching competition for Black independent filmmakers and creative technologists in the United States, is designed to advance Black content and draws a “who’s who” of public television and commercial distributors and funders. Winners were announced Thursday night at the PitchBLACK Awards ceremony, which also honored celebrated documentarian Orlando Bagwell with the BPM Trailblazer Award. The three-day event was hosted by CJ Hunt, film director, comedian and former producer for The Daily Show with Trevor Noah. Acclaimed filmmaker Dawn Porter (John Lewis: Good Trouble and The Way I See It) served as keynote speaker for the awards ceremony.
Marlene McCurtis and Joy Silverman’s documentary Wednesdays in Mississippi was awarded $150,000. The film examines the challenges and triumphs that women faced during the 20th century civil rights era as they worked across the chasms of race, religion and region to fight against racial discrimination and for women’s rights in Mississippi. McCurtis, a Los Angeles-based creative writer, filmmaker, artist and director, has worked with Discovery Channel, A&E, Lifetime, NatGEO and PBS. Her short film, Here I’ll Stay, about a coalition of civil rights and Latino activists fighting for immigrant rights in Mississippi, is featured on the acclaimed web platform “Field of Vision.” Silverman, an Altadena, California-based producer, artist and social justice activist, has produced and presented cultural programs for more than 35 years. She serves as a producer on Wednesdays in Mississippi and has held executive positions at several nonprofit art institutions.
Two PitchBLACK Forum: Immersive competitors won a total of $75,000 in funding. 40 Acres by Tamara Shogaolu, a multiplatform exploration of Black American farmers and their relationship with the land, received $50,000. The project comprises a documentary television series and an augmented reality sculpture that uses electronic textiles. The immersive competition jurors applauded the project’s “journalistic aspects, as well as its use of tactile elements. We feel like they were coordinated beautifully.”
Shogaolu is a Los Angeles and Amsterdam-based director, technologist and founder of Ado Ato Pictures. Her work has been featured at film festivals, galleries and museums worldwide, including Tribeca Film Festival, the New York Museum of Modern Art and the National Gallery of Indonesia. Shogaolu received a BPMplus Fellowship from Black Public Media in 2021 to research and develop 40 Acres.
Rabiola Open Skies by Leonardo Souza, a location-based experience that invites pedestrians to fly virtual kites on nearby buildings using their cell phones, received $25,000. The projection-mapped installation will be customized to fit specific walls and buildings, allowing players to control a single kite using their cell phone. The immersive competition jury said, “We’d love to see this joyful piece pop up in public spaces around the globe.”
The project is a spinoff of Souza’s virtual reality experience, Rabiola Tales, which is still in development. Souza, a Rio de Janeiro resident, is the founder of film and immersive production company Okoto Studio and was the recipient of a BPMplus Fellowship in 2020 to research and develop Rabiola Tales.
“Black Public Media is proud to award these talented independent filmmakers and creative technologists with well-deserved funding so they can bring their timely projects to life. As in prior years, these winners have succeeded in connecting, informing and illuminating through engaging content designed to really move the needle,” said BPM Director of Programs Denise A. Greene.
This year’s BPM Trailblazer Award recipient, Orlando Bagwell, is acknowledged for his moving, award-winning documentaries about Black people in America from slavery to present-day, navigating racism and violence and organizing for change. The Baltimore native and current Brooklyn resident’s work has been showcased on television, in theaters, at museums and major festivals around the world, garnering Oscar, Emmy and Peabody recognition. Sponsored by GBH, the BPM Trailblazer Award recognizes documentary filmmakers with more than two decades of experience working primarily in public media as a producer, director, writer or editor who have a strong track record of mentoring other Black media makers.
This year’s PitchBLACK event included a week-long, virtual retrospective of Bagwell’s films, with registrants receiving special access to view Africans in America: The Terrible Transformation, Malcolm X: Make it Plain, Citizen King and four episodes of Matters of Race from April 25 through May 1. Two episodes of Eyes on the Prize that he directed are available to the general public (people who did not register for PitchBLACK). For more information, visit: https://blackpublicmedia.org/events/bagwell-retrospective/
The Nonso Christian Ugbode Fellowship, sponsored this year by Gimlet Media, was awarded to Spelman College senior and Milwaukee native Blanca Burch, who is majoring in international studies. She will use her NCU fellowship to develop AR components for her new, interactive coloring book The ABCs of Who I Can Be, which is meant to show children the multitude of career opportunities available to them. The NCU Emerging Fellowship, founded in 2016, supports creative technologists under age 30.
PitchBLACK 2022 film jurors included Karen McMullen, features programmer at Tribeca and DOC NYC Film Festivals; Jason Fitzroy Jeffers, award-winning filmmaker and Jamila Farwell, creative executive at Netflix. Immersive jurors included Kimberli Gant, curator, Brooklyn Museum of Art; LaToya Peterson, Co-founder & CXO, Glow Up Games and Loren Hammonds, co-head of documentary at TIME Studios.
Created and presented by BPM, PitchBLACK serves as a platform where television and film executives and funders gather to identify rising Black talent and compelling stories. PitchBLACK 2022 is sponsored by the Corporation for Public Broadcasting, Netflix, Gimlet Media, GBH WORLD, PBS, ITVS and New York Women in Film and TV.
For more information on BPM or PitchBLACK, visit blackpublicmedia.org, and follow the organization on social media at @blackpublicmedia on Instagram and Facebook and @BLKPublicMedia on Twitter.