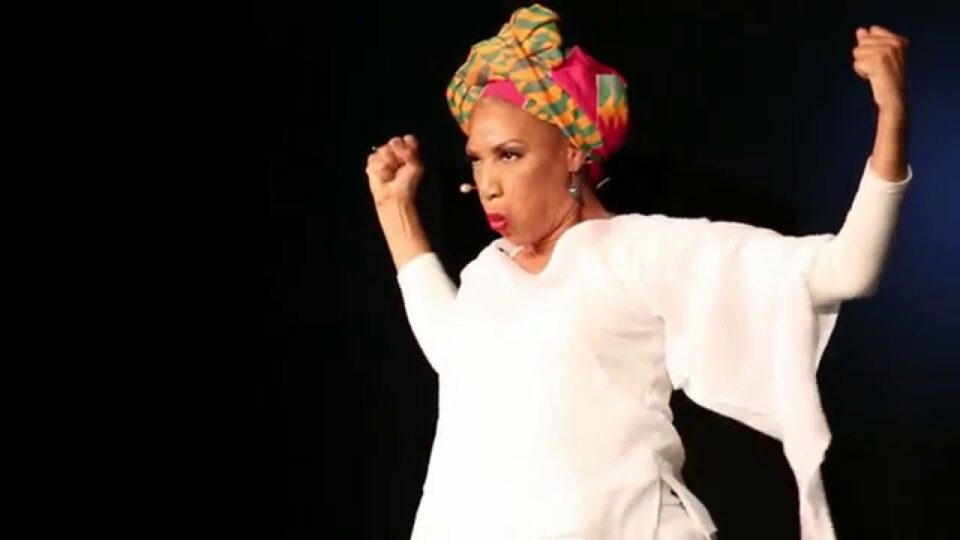 Dr. Quanda Johnson, a scholar, poet, and performer, is interrogating her own trauma and her ancestors’ in her Trauerspiel: Subject Into Nonbeing exhibit now featured at the Chazen Museum.

Located in the heart of the University of Wisconsin—Madison campus, the museum is displaying Johnson’s “dissertative” meditation on trauma and anti-Black violence as she maintains her Ph.D. candidacy in interdisciplinary theatre studies. The body of work deeply reflects and examines Johnson’s unique lived experience, including family life.

4W Scholar Quanda Johnson is showcasing her work Trauerspiel: Subject into Nonbeing at the Chazen Museum which will be up till September 2022.

Also, do not miss Quanda’s dissertation performance presentation of her work at the Play Circle Theater on April 27 at 7pm! pic.twitter.com/6JnVpgX8xv

In Trauerspiel: Subject Into Nonbeing, Johnson offers an autoethnography exploring “three arenas of white-dominated violence against the Black body/psyche: the violence of ridicule, the violence of the mob/vigilante, and the hegemonically instigated violence that seeps into some ‘safe Black spaces,'” according to Madison 365.

Johnson’s research began with a familiar name, Anthony Crawford, who was a father, landowner, farmer, and the wealthiest man in Abbeville, South Carolina, during his time. In 1916, he was lynched by a mob of white people. She sorted through old family archives of funeral programs and discovered how the tragedy impacted her life.

“So I start leafing through, and I see something from Jesse Lee Smith, and this is my grandfather’s cousin,” Johnson explained to the news outlet.

“And I start reading the first paragraph which says that our family came to Philadelphia from Abbeville, S.C., as a result of the lynching of Anthony Crawford. This is how I came to be born in Philadelphia.”

She continued: “He was lynched for the crime of not knowing his place. So that just put me on this trajectory of interrogating violence, and how violence is perpetrated on us. And also keep in mind at the same time that I’m making this discovery that this is 2015.”

Johnson’s exhibit is in three segments. The Ballad of Anthony Crawford: a love letter to america (2017) showcases Johnson’s intentions to show the impact of highly publicized acts of racial violence.

Next, the 2013 Fulbright Scholar brings attention to the violence of ridicule in another section of her exhibit, a poem excerpt from In Search of Negroland: a different study of the negro race (2016).

“So while I interrogate my own situation, because this is all autoethnography as well as being practice/performances research, I want to make sure that the public knows that this is a very singular and unique response to hegemonic violence, and is not to be taken as something that’s across the board,” Johnson explained.

A short film, entitled Trauerspiel: subject into non-being, is the third component that reveals her own family struggles, including her “obsessively violent” father who “died of alcohol poisoning,” autistic brother, and her mother who died very young of “systemic lupus.” Johnson recalls her family having to deal with their own personal demons and trauma.

“How do you think that the problems that this country faces due to our original sin will ever be addressed? How are we ever going to learn how to see the other as ourselves if we refuse to talk about it if we refuse to teach it if we exile it out of history?” Johnson said.