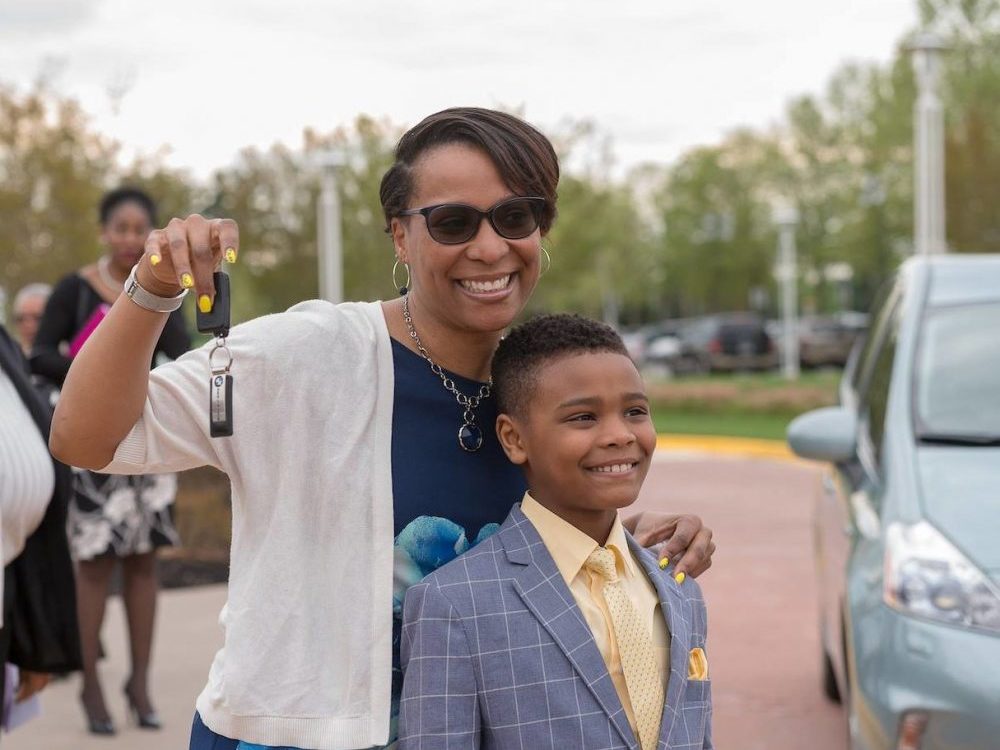 Beyond making history as the first African American Lamborghini and McLaren dealer in the United States, Thomas Moorehead, President and CEO of Sterling Motorcars, is also establishing a legacy of giving back to the communities he serves. Recently, the Sterling Motor Cars Community C.A.R.E program surprised four single-parent moms with cars during church services held on Sunday, April 28, at the First Baptist Church of Glenarden in Upper Marlboro, Maryland.

Sterling Motorcars is a longtime member of the BE 100s, Black Enterprise’s listing of the largest black-owned businesses, and was named Auto Dealer of the Year back in 2007.

According to a statement, each of the unsuspecting mothers was gifted with a vehicle at the 8 a.m., 10 a.m., noon, and 6:30 p.m. services, making them the first recipients of the Sterling Motorcars’ Community C.A.R.E. Program. The community-based initiative, which stands for “commitment, assurance, reliability, and excellence,” targets school, local organizations, and faith-based organizations.

Pastor K. Jenkins Sr. of First Baptist Church of Glenarden said the moms were selected based on their economic hardships and faithfulness to the church. “We have identified four single parents based on their financial needs, having young children, and being active members of the First Baptist Church of Glenarden,” he said in the statement. “Our recipients are faithfully involved in our ministries and are single parents who recognize that their lives are bigger than themselves. They give generously by serving outside of themselves by helping other people.”

Although they were not named in the statement, each of the parents was described as follows:

Watch Marilyn Lacy, a widowed mother of eight, react after being surprised with a vehicle in the video below.