Black Travel Bloggers Say: Don't Be Afraid to Get Away - Black Enterprise 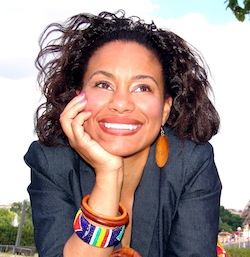 Taking a vacation can be more stressful than restful. From the cost to the tedious details of planning to finding your way through foreign cities—traveling can be intimidating—especially for the novice adventurer. Despite the hassle, getting “out there” is an invaluable asset to both your personal and professional life, raising your awareness about cultures outside of your own and giving you the opportunity to become more worldly.

That’s why a growing number of black travel bloggers are stressing the importance of travel, especially for African Americans.

Renee King, who writes the travel blogÂ A View to a Thrill,Â has a few theories on why we sometimes resist the travel bug.

“It ranges from fear of the unknown to fear of flying to fear of interacting with different cultures when they have really been sheltered within their own neighborhoods,â€ she explains, and adds that for some, fear of people considering them bourgeois could be a factor. But she says that shouldn’t stop people from traveling.

“At some point, you have to decide if you are going to live for yourself or live down according to someone else’s expectations,â€ she asserts.

“It gives you a sense of how other people live… and it makes for a richer experience,â€ he says.

Harvard graduate Kiratiana Freelon, who writes Kiratiana Travels, was thrust into the world of travel in 2002 after receiving a $20,000 fellowship. Her goal at that time was to write a black travel guide. “I wanted to help other people learn about how they could live abroad,â€ she says.

And Freelon is still on the move. But she doesn’t just pick-up and head to far-off lands without some planning and sacrifice. “It starts with your lifestyle,â€ she says. Freelon saves an estimated 10 percent of each paycheck, for at least one trip abroad and three to four domestic trips annually, and she also keeps an eye out for deals via Twitter. Her top recommendations:

1. New York Habitat
Freelon says it’s often cheaper to rent an apartment versus several hotel rooms or a suite when traveling in large groups to major cities like Paris, London and New York.

2. Airfare Watchdog
“They are always the first people to know crazy unadvertised deals,â€ says Freelon. “I scored a $350 round-trip ticket to Paris and my friend in New York City scored three $200 tickets to Barcelona.â€

3. FlyFromUSA
Freelon recommends this as another resource to find cheap domestic and international flights. There are also other select cities with FlyFrom feeds, just insert the name of the city after “FlyFromâ€.

To get what Freelon calls a “black perspectiveâ€ on visiting different cities, she’s compiled an extensive list of black bloggers to follow. Between the 68 on her list, a prospective pilgrim can find a post on just about any city in the world.