Black Travelers Gear Up for The Afrozons Dubai Soundoff 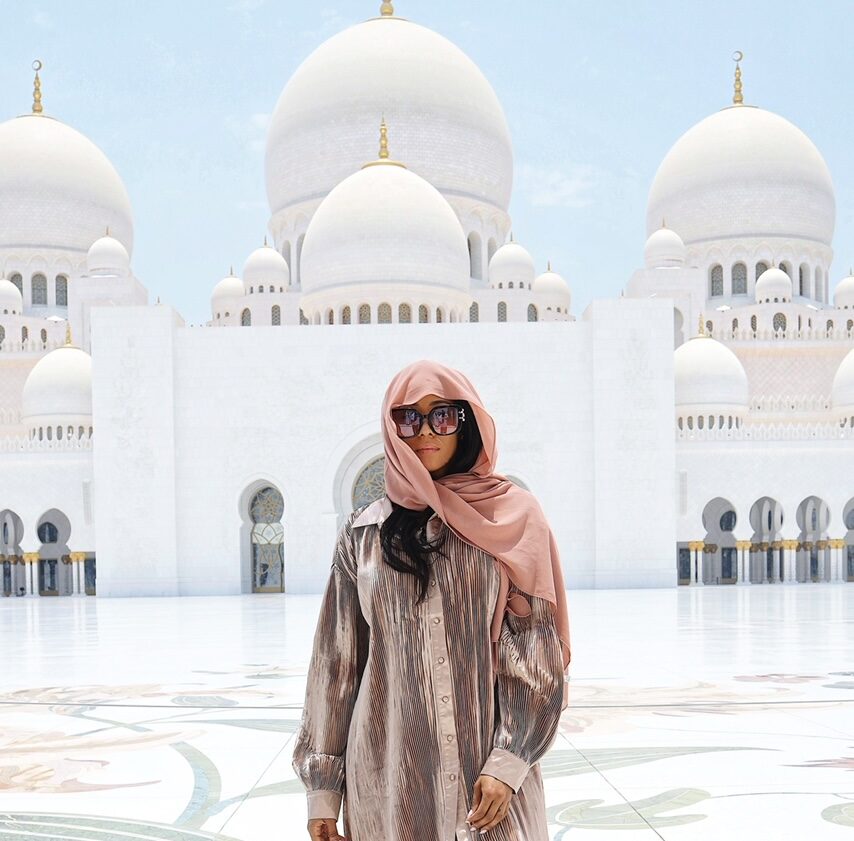 The Board of Dubai Tourism and AfroZons are inviting over 1,500 people from 10 countries around the world to Dubai this March for a one-of-a-kind travel experience celebrating AfroBeats. The experience, dubbed The AfroZons Dubai Soundoff, provides travelers with discount packages for a six-night stay in one of the most luxurious cities in the world. The packages also include access to concerts, customized tours, five-star hotel accommodations, a dessert party, and a celebrity meet-and-greet. AfroZons founder Sheila Okonji-Ashinze, an international media personality affectionately known as “Sheila O.,” says she curated the trip to bring the Black diaspora together in celebration of the popular African music genre.

“The AfroZons Dubai Soundoff was created to really celebrate the beauty of Black culture. For me, personally, it was also a way to bridge the gap with African Americans and Africans,” she told BLACK ENTERPRISE.

A number of AfroBeat artists are set to perform during the festival, including superstar D’banj, while a list of celebrity talent like Big Tigger and Loni Love will make appearances. Besides the U.S., other countries participating in the event include Nigeria, Ghana, Angola, Tanzania, Zambia, the UK, Canada, Uganda, and Zimbabwe.

According to the Chicago radio host, participants will get a first-class taste of Dubai without the typical cost.

“[The Board of Dubai Tourism] partnering with AfroZons allows this luxury to be afforded. So, you get to see us go out there for a very affordable rate,” says Sheila O., noting that several travel agencies are offering discounted flights and hotel deals.

“They’re doing this for the culture, and we all get to be there together to celebrate it.”

The Beauty of Dubai

Sheila O. says she is excited to bring Black people to the “City of Gold,” which is known for its lofty tourist attractions that include the largest malls in the world, the tallest building ever made, and the only “seven-star hotel” on earth. Along with innovative architect, the Persian Gulf city also boasts stunning beaches, the Arabian Desert, and several cultural institutions.

“When you think of Dubai, think big, think luxury. That’s what Dubai is all about,” says the entertainment vet.

In addition, the AfroZons Dubai Soundoff will take place during the last month of the World Expo 2020, an annual global showcase that connects innovation, technology, art, and culture. The Expo has attracted more than 7.2 million visitors since it opened in Dubai in October 2021, reports Forbes.

In a press release, Issam Kazim, the CEO of Dubai Corporation for Tourism and Commerce Marketing, said he welcomes the opportunity to host Africans and African Americans in the rich city.

“The African and the U.S. markets are very important for Dubai, and by working with AfroZons, we can reach travelers across Africa and the US, which makes this campaign unique and interesting to us,” reads his statement.

Despite the ongoing pandemic, Kazim says 4.1 million people flocked to the UAE city from July 2020 to July 2021. “This positive performance reinforces the leading role Dubai is playing in global tourism recovery, and we are looking forward to welcoming many more travelers from the U.S. and Africa in the near future.”

Sheila O. says her passion for the project stems from her own experience as a global citizen who, after living in multiple continents, noticed a divide amongst people of African descent.

“I was born in Lagos. I grew up in London. I live in Chicago. [But], when I came over here to the States, I realized that this big movement called AfroBeats wasn’t really known out here.”

She also admitted to feeling a “disconnect” with African Americans, which has motivated her to spread cultural awareness to people of color. “For me, my push has always been to create opportunities that get us all together, to be celebrated, [and] to learn more from each other.”

To help bridge the gap between Black Americans and the motherland, Sheila O. launched the AfroZons radio show on Power 92.3 Chicago in 2017, making her the first international female personality to host an Afrobeats show on a major U.S. radio FM station. The weekly show fuses hip hop with Afrobeats while highlighting the latest cultural trends, topical conversations, and music from Africa. The AfroZons show is also syndicated in Washington, D.C, Houston, Pennsylvania, Miami, and on SiriusXM HURVoices Channel 141.

Furthermore, as the founder and CEO of Zons Holdings, a booking agency for A-list artists and speakers, Sheila O. works to secure the biggest names in hip hop to perform in Africa. In 2006, she brought Shawn “Jay-Z” Carter to Africa for the first time, where he served as a UN Ambassador providing clean water and functioning water systems to underprivileged areas. Since then she has been responsible for booking acts like Megan Thee Stallion, Chris Brown, Beyoncé, Kanye West, J. Cole, Nas, Mariah Carey, Ciara, New Edition, and Anita Baker. 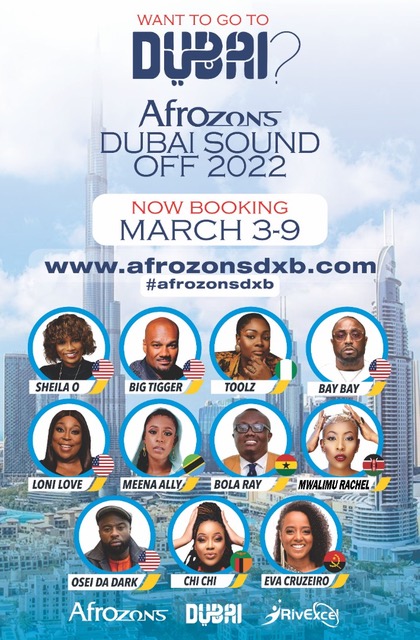 Now the self-proclaimed “African royalty” is taking her show to the Middle East and leading the movement to bring the popular music genre to live audiences across the globe.

“Afrobeat is the sound from the motherland,” she said. Under The AfroZons Dubai Soundoff umbrella, she aims to unite travelers around the world by reaffirming their shared values, love for AfroBeats, and connection to Africa.

“[When] we travel together, we connect, we eat the same food, play the same music, and share love. So, for me, that is the most important thing, and that’s one of the reasons why having these trips, starting in Dubai, is super, super important.”

Visit AfroZonsDxB.com to learn more about The AfroZons Dubai Soundoff.