Black Unemployment: We Must Tackle The African American Jobs Crisis 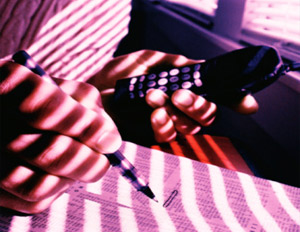 TheÂ White House Council of Economic AdvisersÂ markedÂ the fifth anniversary of the American Recovery and Reinvestment Act earlier this weekÂ with its release of the 2014 Annual Economic Report of the President.

The CEA cited “the progress that has been made in recovering from the worst recession since the Great Depression, and President Obama’s agenda to build on this progress by creating jobs and expanding economic opportunity.”

ConservativesÂ like House Speaker John Boehner still attemptÂ to paint the $832 billion stimulus package as a “classic case of big promises and big spending with little results.”Â We all now know, however, ourÂ economy would have beenÂ totally shattered without the act, takingÂ as long as a generation to repair. The reportÂ stated that as of 2014, “the economic landscape looks vastly different: total output has grown for 11 consecutive quarters, businesses have added 8.5 million jobs since February 2010, and a range of analysts are optimistic that the economy will further strengthen in the years ahead.”Â  Beyond theÂ  Recovery Act, the CEA maintains, the president has signed more than a dozen additional fiscal measures to create jobs and strengthen the economy, including the payroll tax cut, small business tax cuts, incentives for infrastructure, and extended unemployment insurance.

As such, Obama should take full credit for placing our nation on the path to recovery. WithÂ that said, however, the employment status of African AmericansÂ is abysmal,Â  remainingÂ largely unchanged for over the past half decade. And quite frankly, we mustÂ tackle this African American job crisis withÂ great urgency.

Just check out the statsÂ from February 2009 – the month whenÂ ARRA was enacted – to February 2014, the month reflectedÂ inÂ last Friday’sÂ jobs report. In February 2009, theÂ  unemployment rateÂ for all Americans and that of whitesÂ had been 8.3% and 7.3%, respectively, while the rate for African Americans stood at 13.8%.Â Five years later,Â the overall jobless rateÂ has fallen to 6.7% and the rate for whites has dropped toÂ 5.8%. The African American unemployment rate, still twice that ofÂ our white counterparts, has moved little atÂ 12%. Black teen unemployment persists at a staggering level close to 40%.

Within that five-year period, black unemployment reached its highest point in August 2011 at 16.7% – the worst figure in a quarter century – outpacing the nation at 9.1% and worse than all other ethnic groups. During this period, whiteÂ unemployment was at 8%. What has madeÂ this scenario even more direÂ is the fact that the black joblessnessÂ figure doesn’tÂ  include masses of discouraged workers.

Washington gridlock has been – and continues to be – one of theÂ prime culprits for locking millions out of the job market.Â The president has presented proposals like the American Jobs Act and the infrastructure bank toÂ a Republican-controlled, hyper-partisan House. Of course, such measures were DOA. Moreover, Congress fails to act on extending unemployment benefits to more than 2 million long-term job huntersÂ and another 72,000 per week,Â refusing to provide much-needed aid to struggling families while depressing economic demand. Expect the same fate to befallÂ Obama’sÂ recently-released FY 2015 budget plan, which includes spending on initiativesÂ like advanced manufacturing, job trainingÂ and public works projects. More training and employment options from the public and private sectors alwaysÂ lifts more boats.

Over the past few years, Obama has been questioned andÂ criticized for not having a comprehensiveÂ urbanÂ program with a focus on jobs creation that would directly impact blacks and other minorities. In fact,Â African American civil rights leadersÂ including National Urban League CEOÂ Marc Morial and National Action Network President Rev. Al Sharpton have held meetings with the president andÂ presented him with a formal agenda: 21st Century Agenda for Jobs andÂ Freedom. The document advocates, among many initiatives, passage of the Urban Jobs Act authored by Rep. Chaka Fattah (D-PA) and Sen. Kirsten Gillibrand (D-NY)

In hisÂ “Year of Action,”Â we are also waiting to see if executive action fromÂ the Oval office will yield results. In early January, the administration launchedÂ “Promise Zones” in five cities, including Los Angeles and Philadelphia, toÂ generate jobs and combat poverty.

Against this backdrop,Â it has become abundantly clear that we mustÂ play a larger, more vocal role.Â FloodÂ phone banks, mailboxes and Twitter accounts ofÂ the White House andÂ congressional representatives, forcing them to fight harderÂ to make black employment a front-burner issue. Press the president to continue to use the bully pulpit toÂ gain rock-solid commitments fromÂ CEOs of major corporations to hire workers and contract suppliers embracing diversity best practices. At the local level,Â storm the offices of local officials to produce payrolls through public-private projects.

Let’s face it: We cannotÂ solely rely on the government to fix this problem. There are other practical, deliberate steps all of us can take. In his December 2009 Publisher’s Page column written at the height of theÂ Great Recession, BLACK ENTERPRISE Publisher Earl G. Graves, Sr. urged African AmericansÂ toÂ be our brother’s and sister’s keeper. He told us to make every effort to help that friend, neighbor, laid-off co-worker or family member in need of a job with a referral or recommendation. ApplyÂ your resources, contacts and social media networks to identify opportunities for others. To extend that message even further,Â many of the roughlyÂ 2 million black-owned businessesÂ – even though 95% are sole proprietorships – should make it their mission to hire at least one employee,Â contract products and services fromÂ at least another quality African American supplier and partner with other black-owned companies. Work with companies, community groups and organizations to develop training programs to prepare individuals for the demands of a tech-driven 21st Century workforce. Engaging in this type ofÂ direct action may not end this crisis tomorrow but it will createÂ a powerful ripple effect in bringing economic vitality to our communities.

As in 2009, job creation mustÂ our No. 1 priority. Consider it our economic stimulus plan.