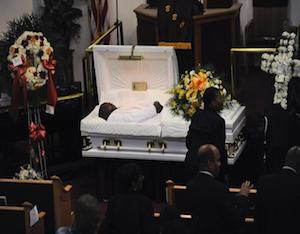 With all the sad news to close out 2014, the new year provides an opportunity for perspective. For Kahlief Adams and his Spawn Point collective, they are in it to offer a solution to the current problem plaguing people of color in America.

The winning website of the 2013 Black Weblog Awards has jump started the new year with an initiative to raise funds for the family of the late Eric Garner, The Spawn Point Blog is holding an inaugural gaming marathon on the eve of Martin Luther King, Jr. Day.

On January 17 and 18, players, advocate against injustice, and video game lovers are called upon to join the festivities that will stream live on Twitch. In a show of solidarity against police brutality, the hashtag #BlackLivesMatter will be used throughout the evening as gamers play for a cause. “We will support the families of those that were lost and reflect on the unequal way people of color, specifically African American people, are treated by law enforcement,â€ Adams said on his site.

For 24 hours, gamers will participate in playing titles where the funds will be donated and distributed to The Eric Garner Fund and The New York Lawyers Guild. If you wish to know more about the event or even have any suggestions, please share with the guys @SpawnPointBlog and @SpawnOnMe. Or, you can head to the website and check out the information there.