Wages For Black Women Are Falling Further Behind White Womenâ€™s 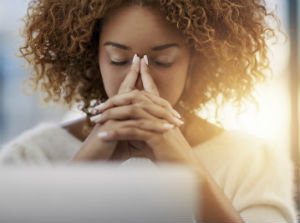 Studies show that over the last several decades, women have entered the workforce in record numbers and made great strides in educational attainment. However, when compared with men, women are still paid less, are more likely to hold low-wage jobs, and are more likely to live in poverty, according to the report Closing The Pay Gap and Beyond from the Economic Policy Institute, the Washington, DC-based think tank. Black women have experienced the stagnation of wages and additionally, they also experience lower pay due to gender and race bias, earning less than white men for doing the same job.

In fact, the equity pay gap is widening, not closing for black women in the workforce when compared with white women. Black women’s wages are no longer gaining ground on white men’s wages and are falling further behind white women’s wages, according to recent data from an upcoming report by Valerie Wilson and William Rodgers of the EPI. The data takes into account average hourly wage gaps of white women and black women relative to white men.

Wilson states that over the last 35 years, “we have lost ground in closing racial and ethnic wage gaps while gender wage gaps have unquestionably narrowed. But this has largely been the result of falling men’s wages rather than improvements in women’s wages. In 1979, for instance, white women’s wages were 62% of white men’s wages, compared to a 58% for black women relative to white men–a racial difference of only 4 percentage points. Despite the large gender disadvantage both groups of women faced, black women were near parity with white women in 1979.â€

However, as the gender wage gap narrowed during the 1980s and early 1990s, the racial pay gap between white and black women grew, notes Wilson. By 2015, white women’s wages had grown to 77% of white men’s, compared to 66% for black women relative to white men–a racial difference of 11 percentage points. “The trend is going the wrong way –progress is slowing for black women,” further states Wilson, who is the director of Program on Race, Ethnicity, and the Economy.

Lost Income Over A Career Lifetime

The pay gap makes it tougher for many full-time working women to pay bills and save money. A woman starting her career today stands to lose more than $430,000 over her working years due to the gender wage gap, according to a report from the National Women’s Law Center.Â Latinas lose more than $1 million in wages, while black women lose more than $877,000 over their career lifetime.

Gender wage disparities are present at all wage levels and within education categories, occupations, and sectors–sometimes to a grave degree, reports the EPI.