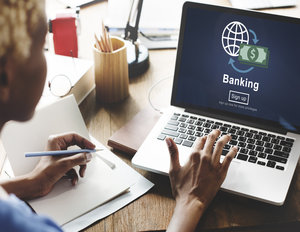 This summer, Killer Mike and Solange Knowles used their platforms to encourage fans and those in the communityÂ to move their money to black banks. The “Spend Movementâ€–a movement to combat economic disparities and once again circulate dollars in African American communities–found the nation’s black banks receiving calls and online requests to open accounts. It continues to gain momentum.

According to The Root,BMe Community, a national nonprofit network with a mission to strengthen communities with the aid of black men, is redirecting $1 million of its deposits into OneUnited, one of the nation’s largest black-owned banks and a BE 100s company. BMe becomes the “preferred nonprofitâ€ for the bank, while OneUnited becomes the “preferred bank” for the organization.

Vent your frustrations in a progressive way

“The movement has been picking up steam for decades, but when these shootings happened, it allowed Killer Mike and some other visionary leaders to seize this opportunity. I think they’re very intelligent to tap into this yearning for something positive–a way people could vent their frustrations in a positive way, which is black economic empowerment.”

“You already have a better chance of getting a loan if you go to a black bank than if you go to a non-black bank. Black banksÂ can lend moreÂ because the bank takes the deposits, called liquidity, backs it up with capital, and they’re able to do more lending to small businesses. Small businesses create 60%-70% of the jobs in this country. The more businesses we create, support, and grow in our community, the more jobs we are able to create.”

“The collective esteem of the community starts to rise when it realizes that money is circulating and opportunities are being created. We feel empowered. Banks are central to this movement because that’s the source of economic stimulation–the economic hinges that drive and provide capital for small businesses.

“America is capitalistic economic system. Your spending power is your dollar. We need to support our own businesses and teach our people about economic education, how to spend and manage their money, and how to read contracts.

“Once you take control of your own economic destiny; not only do you cause more respect and more opportunities in your own community, you actually invite the respect outside of your community.”