Blackout Party To Honor Achievements of Blacks On Broadway 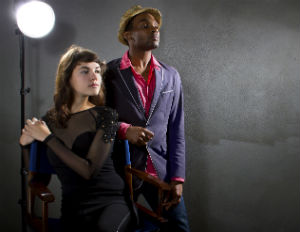 After a notably diverse season on Broadway, the 2016 Tony AwardÂ nominations set up the real possibility that for the first time in Tony history, all four musical acting categories will be won by actors of color. In the lead actor in a musical race, Leslie Odom, Jr. is seen as the frontrunner for his turn as Aaron Burr in HamiltonÂ – and his main competition is co-star Lin-Manuel Miranda (in the lead actress category, reports Variety.)

What’s more, Cynthia Erivo has looked like the one to beat since The Color Purple opened in December. And in featured acting competitions, there’s a strong chance that Renee Elise Goldsberry and Daveed Diggs, both of Hamilton, will walk away with prizes. The featured actor slate includes three actors of color, with Christopher Jackson of Hamilton and Brandon Victor Dixon of Shuffle Along joining Diggs in the running.

The BLACKOUT Party, whereÂ Broadway Meets Black Culture, will highlight and celebrate the achievements of Black BroadwayÂ artistsÂ of the 2015-2016 season.Â With over seven decades dedicated to recognizing the best talent on Broadway, black performers, production crews, and creative staff have a loyal and engaged following that respect and admire their talent and voice. Walker International Communications Group and Broadway BlackÂ will host The BLACKOUT Party onÂ Sunday, June 12–or Tony night.

Â “Walker International Communications Group is honored to partner with Broadway Black & UNCF to celebrate the 70 years of excellence on Broadway,â€Â saysÂ Toni Isreal, managing director of WICG. “THE BLACKOUT PARTY and Tony AwardÂ viewing party promotes Broadway, known for its brightly illuminated lights. Join us as we celebrate the unprecedented number of nominees of color at our Blackout Party, creating a space for Broadway to meetÂ Black Culture.”

The African American actors and actresses whose names have shone brightly on Broadway marquees earned their place in history not only through hard work, perseverance, and talent, but also because of the legacy left by those who came before them. Like the doors of many professions, those of the theater world were shut to minorities for decades. While the Civil War may have freed the slaves, it was not until the Civil Rights Movement of the 1960s that the playing field began to level.

“As theÂ premierÂ media outlet for all things black on Broadway, Broadway Black is honored to partner with legendary organizations WICG & UNCF,”Â saysÂ Andrew Shade, founder and editorial directorÂ of Broadway Black. We celebrate the fact that the number of black nominees for the 2015-16 yearÂ equates to approximately one-third of all previous winners in the 70-year history of the Tony’s.Â WeÂ look forward to continuing to engage, promote, andÂ supportÂ the wonderful work created on Broadway by Black theater artists.â€

Proceeds will benefit UNCF,Â the nation’s largest and most effective minority education organization.