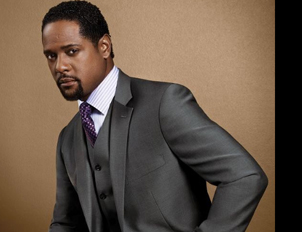 African American heartthrob, thespian, director and author, Blair Underwood, has long been a staple in black cinema, television and the arts, maintaining a successful professional career for three decades. The two-time Golden Globe nominee made his film acting debut at the tender age of 21 in Michael Schultz’s Krush Groove (1985) and has given emotionally compelling performances in movies such as Murder in Mississippi (1990), Heat Wave (1990), and Mama Flora’s Family (1998), where he shared the screen with acting ‘force of nature,’ Cicely Tyson.

Currently, Underwood plays the role of Dr. Andrew Gamer on ABC’s hit super-hero drama, Marvel’s Agents of S.H.I.E.L.D, and will direct the independent film, Silent Voice. He’ll be returning to his theatrical roots this summer, starring in the world-premiere of Dominique Morisseau’s Paradise Blue, a play based in Detroit’s Blackbottom neighborhood, at The Williamstown Theatre Festival, July 22 through August 2, 2015.

BlackEnterprise.com caught up with Blair Underwood to discuss the topic of success in the entertainment industry, diversity in Hollywood, and the challenge of balancing creative pursuits with economic realities.

BlackEnterprise.com: What advice do you have for young, aspiring African American actors, or those hoping to pursue a creative passion, in terms of career success and longevity?

Blair Underwood: Be creative in how you plan your future. Young people understand that, I think, better than my generation – that the world is constantly spinning, turning, changing, and evolving. … As a creative person, you have to find the stories you want to tell, create the characters you want to play. … Whatever you’re creating, be true to yourself. You have to watch the market, the patterns and all of that, but you have to be true to yourself. Create what you love. Do what you love, that’s the main thing I would say.

There are a number of students graduating from M.F.A programs in theatre, film, and creative writing with tremendous amounts of loan debt – upwards of $100,000 for some. What advice do you have for these students, in terms of finding a balance between creative pursuits and economic realities? What has been your experience?

I have my own experience, and I have my experience as a parent of an 18-year-old son who’s going to college in September. I’m sure in four years we’re going to accrue a lot of debt. It’s a very good question. When you look at that quandary, if you will, then you have to make some very real decisions about what path you’re going to take, because you have to contemplate making money. You have to contemplate providing for yourself and eventually others: wives, husbands, children or whatever that may be. Those are your responsibilities [and] that costs money. It’s a very, I think, noble but challenging path in life–the path I took–to be a creative person. We all need to survive. You’re constantly riding that fine line of keeping your integrity but also knowing you have to pay the bills.

Take Advantage of Business Depreciation Write-Offs for Your Small Business