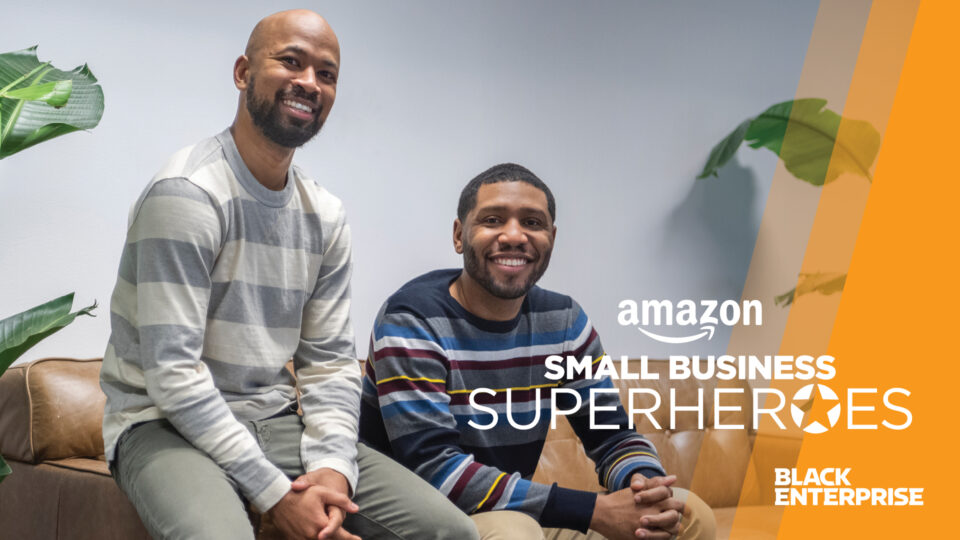 The quest for Rod Johnson and Pernell Cezar, the co-founders of BLK & Bold Specialty Beverages, was triggered five years ago after Cezar called Johnson.

The millennials were looking to do something beyond their corporate positions. Cezar had built a career in retail merchandising, Johnson in the nonprofit space as a healthcare and academic fundraising. But their interests in those jobs had plateaued, leaving them thirsty for more fulfillment.

In their chat, it was revealed that Cezar was a big coffee enthusiast and Johnson was a tea aficionado. The exchange led to the duo launching BLK & Bold in 2018.

“We found our place as consumers looking down a path of where we know we’re going to be spending,'” Cezar says. 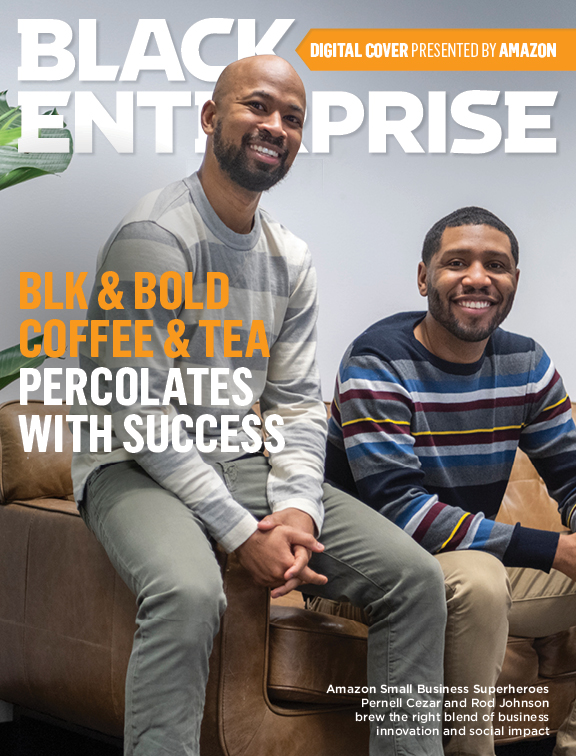 Today, BLK & Bold proclaims it is the first Black-owned nationally distributed coffee brand. Its coffee and teas are sold at over 7,000 U.S. retail locations, including Target, Albertsons, Hy-Vee, and H-E-B, Cezar says. Their product became the No.1 new coffee brand in Amazon’s store May 2020.

“The goal was to make this idea of social impact and conscious consumerism as accessible as possible,” he says. “By way of partnering with retailers, it allows us to do just that.”

The Des Moines, Iowa-based BLK & Bold in June 2022 gained much exposure after Cezar and Johnson appeared on The Ellen DeGeneres Show, where the two co-founders were interviewed by former NBA champion Dwyane Wade. The interview focused on their “coffee with community impact” and how they used their venture to sustain Black youth programming, enhance workforce development, and eradicate barriers to achievement.

Forming a foundation to contribute to youth

Johnson, who serves as the company’s Chief Values Officer tells BLACK ENTERPRISE that it donates 5% of its profits to 15 organizations across America that are keenly dedicated to resourcing youth. Cezar pointed out that BLK & Bold has been profitable every year, allowing it to contribute over $150,000 year-to-date to support youth. Johnson’s role was recently developed to ensure that the company’s values are always protected and represented with its partnerships.

In amplifying those efforts, Johnson says, “We are in the active process of formulating and bringing to life a foundation that will streamline our philanthropic efforts. With that, we will staff and resource that entity so that the For Our Youth Initiative balloons into to the potential that it ultimately needs to be.” The company aims to have the foundation operational by late 2022.

Cezar and Johnson have partnered with the NBA and several social justice and equity programs, expanding their youth give-back mission.

“The sale of any of our NBA-licensed product, the National Basketball Association is actually matching that 5% contribution,” Johnson says of this novel arrangement. “That idea of giving back to our youth is, and always will be, embedded in our DNA. It’s why we decided to embark on this entrepreneurial journey.”

Yet launching BLK & Bold was not an easy brew. Johnson recalls that the biggest challenges included the lack of expertise in an industry where the partners wanted to have an impact. Not yet baristas, he says, they didn’t have any connection to coffee farms. “We just spent a lot of time in coffee shops and had an affinity for the product, and the community built around the product.”

The pair leveraged about $20,000 in savings, Cezar says, and bought what equipment they could find to start production in his garage. They bootstrapped the business initially, focused on building a social media following, and enlarging its footprint primarily through mom-and-pop stores in the Midwest. They got a major break in 2020 when the enterprising partners closed a deal to sell its products at more than 350 Target stores. Moreover, they gained partnerships to place their coffee and tea items on the shelves of thousands of regional chains.

Since then, Cezar says, the partners have focused on ensuring their expansion plans don’t exhaust their capital, maintaining their social impact model. Cezar, also the firm’s CEO, estimates 2022 revenue at “eight figures-plus,” up from $40,000 in 2018. Cezar believes “we can be a $100 million company within five years, as long as we resource ourselves appropriately and continue to build beyond that.”

To maintain growth, BLK & Bold has increased its product lines, including a recently released ready-to-drink cold brew coffee that Johnson and Cezar, believe will “shake up the single-serve market. Being featured on The Ellen Show did allow us to amplify some product innovation,” Johnson says.

Plus, Johnson says, BLK & Bold plans to expand into the single-serve coffee pod space in a new partnership with coffee maker Keurig by the end of this month. He says the deal will make BLK & Bold the first Black-owned brand in the Keurig portfolio, allowing it to expand into a large and fast-growing category in its business.

Gaining a competitive edge with Amazon

BLK Bold & Bold has benefited significantly from starting its Amazon store in early 2020 just before COVID-19 struck. Cezar estimates the e-commerce business made up over 80% of the company’s revenue at the time. “We’re very fortunate to have planned that.” Today, those revenues are around 30%.

BLK & Bold has differentiated itself from some rivals via its participation in Amazon’s Black Business Accelerator, a $150 million program dedicated to help build sustainable diversity and provide growth opportunities for Black-owned businesses. To boot, Cezar says, “Amazon gives us access to millions of customers that we otherwise would not be able to get, target, and support directly on our website.”

All in all, for Johnson and Cezar, who both grew up in Gary, Indiana, their friendship remains a key pillar in building their vibrant company and providing support to youth in need. Their bond has helped strengthened their resolve to remain deep-seated entrepreneurial allies. “This is all very hard,” Cezar says. “There are solopreneurs out there. Clearly we did not choose that path.”

Johnson agrees, emphasizing their friendship is the foundation of their business partnership. “We’re very complementary to each other,” he says. “So, where I’m strong, Pernell isn’t, and vice versa. We pull each other and challenge each other. I would say our friendship makes that easier.”