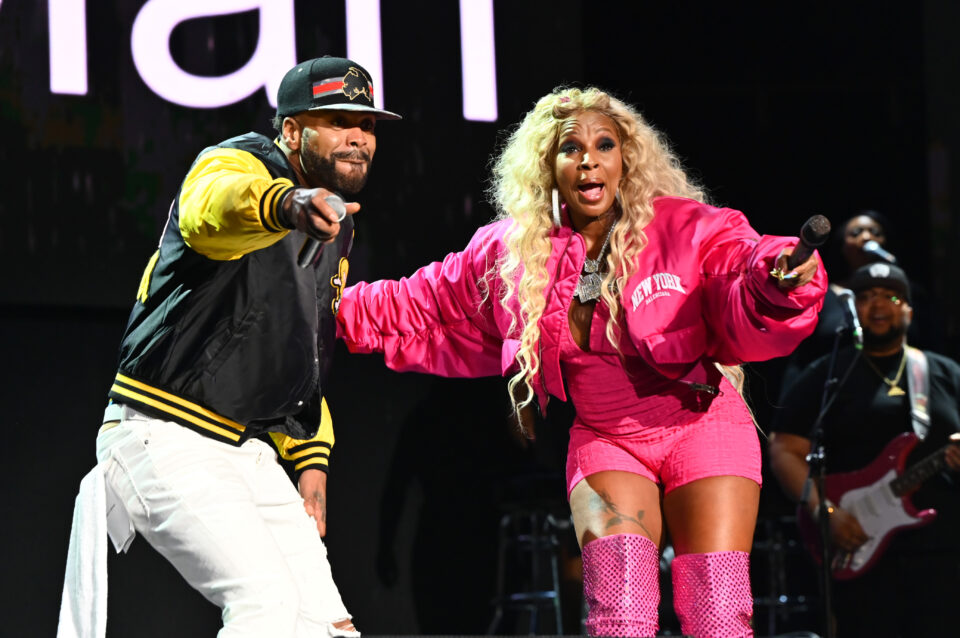 The incomparable Mary J. Blige brought all her fabulousness and eclectic outfits to this dancery in Atlanta on Saturday for her inaugural “Strength of a Summit” and a star-studded concert at the State Farm Arena.

The Queen of hip-hop soul set Atlanta on fire over the course of the weekend with a bevy of big-name cameos on Saturday during her inaugural “Strength of a Woman Summit.” The summit, held at the Gathering Spot in Atlanta, included a number of sessions with notable speakers from Tamron Hall to Naturi Naughton, bringing their A-game to “the  A” and offering a blueprint to being a successful businesswoman.

“The idea for the festival came to us after early listening sessions of my latest album with my family and friends and women in the industry,” Mary shared via press release.

A post shared by Strength Of A Woman Fest (@strengthofawomanfest)

“Each time, the people in the room would share a story, oftentimes of heartbreak or pain, but they always ended with joy and love and how their girlfriends or mom or sister helped them find their voice and strength.”

She continued: “We felt like after two years of being inside and having to endure so much, that this was the type of experience that people, especially women, deserved.”

In partnership with Mary J. Blige, Pepsi showed up big in Atlanta this weekend as a co-presenter of the inaugural “Strength of a Woman Festival & Summit.” Leaning on its rich heritage in music and entertainment, Pepsi used its scale and brand platform to spotlight and support female artists, musicians, creatives, entrepreneurs, and more in Atlanta and beyond.

Pepsi Stronger Together Gives $20,000 and Revives Donation-Based Closet for City of Refuge to Support Women in Need

Pepsi Brings Pepsi Music Lab finalist StarchildKayla to debut her original track, “Up!” during the opening night of the festival at the Gen Z Concert at the Tabernacle in Atlanta.

Pepsi Provided Free NFTs exclusively “Strength of a Woman” Summit attendees custom created in partnership with cutting edge Web3 female artists – which were on display at the summit on Saturday and distributed as digital tokens known as Proof of Attendance Protocols (POAPs).

“This weekend is so important because it is so much more than a concert. There are panels, classes, food events and more, aimed specifically at highlighting and supporting trailblazing BIPOC women in the greater Atlanta community,” said Ashaunna Ayars, festival partner and Founder of The Ayars Agency in a press release.

“With Pepsi as a co-presenter, we’ve been able to utilize their massive scale to make this beyond anything we could have imagined when we first came up with this idea. It’s a true celebration of the strength of a woman and how that comes to life every day in music, food, culture, art, finance and much more.”

On Thursday, Mary was honored with a proclamation from the City of Atlanta, from City Councilwoman Keisha Sean Waites, designating May 5 as “Strength of a Woman Day” moving forward.

“NOW, THEREFORE, BE IT RESOLVED THAT WE, the members of the Atlanta City Council, on behalf of the citizens of Atlanta, do hereby celebrate music and cultural icon Mary J. Blige on this 5th day of May 2022 as we recognize “Strength of A Woman Day” in the city of Atlanta,” the proclamation said.

“We honor her illustrious career and applaud her efforts and collaboration in hosting a wonderful festival and summit in our city with a focus on creativity and empowerment.”

Mary also vowed to throw her summit and concert in May in Atlanta from now on.

Strength of a Woman Concert

But it was the Mary J. Blige concert that was the talk of the town in Atlanta on Saturday when the award-winning songstress showed up and showed out rocking out to all of her jams from What’s the 411 to her 14th studio album Good Morning Gorgeous.

There were performances by Chaka Khan, Xscape, City Girls, Queen Naija, Omeretta, and the City Girls.

First, Mary brought out heavy hitters with Chaka Khan wooing the crowd with her bevy of hits from “I’m Every Woman” to  “Sweet Thing.”

The concert capped a weekend extravaganza filled with festivities and turned out a slate of celebs and tastemakers at a sold-out 22,000 seat State Farm Arena stadium.