Going natural one strand at a time 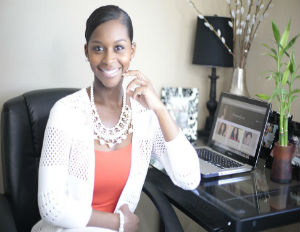 When YouTube launched in 2005, it seemed like a great idea at the time, but few could have predicted it would explode into the fame and cash-generating juggernaut it is today. Among the few was Jessica Lewis, a stay-at-home mom whose husband is on active duty in the United States Air Force.

Lewis is the creator and founder of MahoganyCurls, a blog that caters to the natural hair space that has exploded in the African American community. If you are thinking of or have already made the decision to go natural, her blog is a good place to start. She started out in 2009 and today her tutorials are dominating social media platforms. Her YouTube channel has nearly 250,000 subscribers, about 300,000 people like her Facebook page, and more than 100,000 people are on her Instagram.

“I decided to upload videos documenting my natural hair journey and I created a YouTube channel,” Lewis says. “I basically did it so I could document my journey, see like the dos and don’ts of wearing natural hair since I was a newly natural. From there, you know people started following me. I also did it to help others just in case they were interested in learning about natural hair and you know it eventually just grew.”

These days an increasing number of women of color are realizing the benefits of wearing natural hair. Some of them either got burned after putting the wrong chemicals in their hair, or damaged their hair by putting in too much relaxer, are terrified that they may end up losing their hair, or just simply embracing the exhilarating freedom of wearing their hair chemical or relaxer free.

Lewis says, “I think a lot of women are realizing that it is great to have your own natural hair. It’s also healthier and they want to embrace what grows out of their scalp naturally. It’s a new you, a new person, you’re starting over. As far as it being a new trend, it looks beautiful, it’s great and everyone has different textures. Bottom line, there’s a lot of variety with natural hair.”

Lewis says she relaxed her hair for the last time in 2008 and since then she hasn’t looked back. Not long after she started wearing her hair “natural” she began her blog.