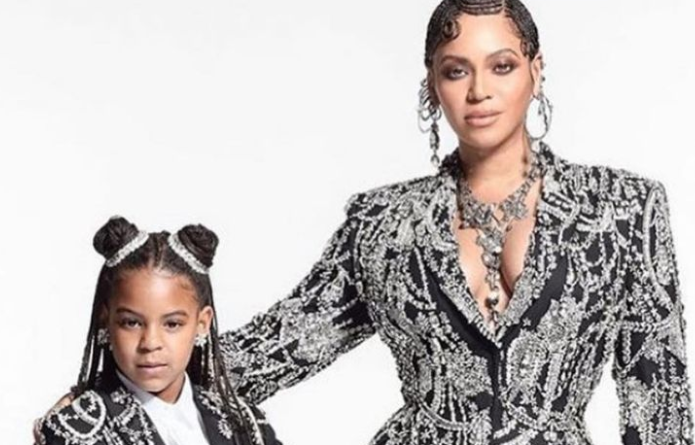 Jay-Z and Beyoncé’s daughter, Blue Ivy Carter, is only 9-years-old and has already accumulated a massive net worth. The young singer has an estimated net worth of $500 million, according to the U.S. Sun.

“Generational wealth, that’s the key. My parents ain’t have s— so that shift started with me,” Jay-Z raps in his song “Legacy” which unravels the legacy for the Carter family.

Blue Ivy Carter was born a celebrity. As the first-born daughter of billionaire music moguls Jay-Z and Beyoncé, there were already big plans in the works. A couple of days after she was born, Time magazine declared Blue Ivy “the most famous baby in the world”.

Blu Ivy took home her first award at the 51st NAACP Image Awards in early 2020. At 8-years-old she was recognized in the Outstanding Duo, Group or Collaboration category. That same year, she won her first BET award for Brown Skin Girl. According to The Hollywood Reporter, Blue Ivy was the youngest winner in BET history.

There’s no doubt that Blue Ivy is following in her parent’s footsteps when it comes to garnering national attention. But Jay-Z and Beyoncé have also provided her with opportunities to build a financially secure future. She’s racked up writing credits and features that continue to add more zeros to her net worth.

When it comes to accumulating wealth, net worth is not the same as net income. Net worth is the sum of all your assets minus your liabilities. Net income is the sum of money that you accumulate in any given year. Jay-Z and Beyoncé are both positioning Blue Ivy to create income-generating opportunities so that she can invest in assets. She’s getting hands-on experience of what it takes to build a billion-dollar empire. Jay-Z’s recent investments and financial moves continue to boost the Carter’s net worth.