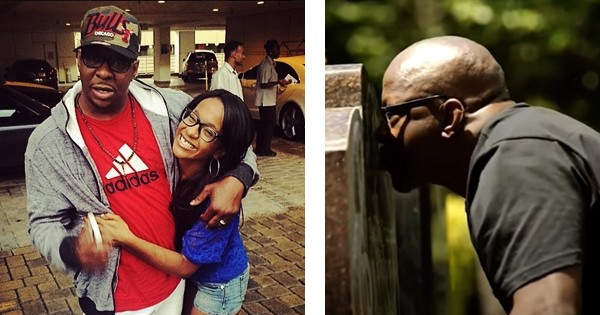 R&B star Bobby Brown recently went to visit the grave of his late ex-wife Whitney Houston and their daughter Bobbi Kristina Brown. His emotional visit was followed by cameras for his upcoming television series.

“When the cameras were following me, I didn’t want to let anything get in between my life and what I was doing,” Brown said, according to BET.

“So, I just wanted the cameras to follow me wherever I was going. That day I happened to be going to the gravesite.”

“We also did our best to make that moment his moment,” said his wife, Alicia Etheredge-Brown, who accompanied him during the visit.

“It was very emotional for both of us.”

The cameras were following the two as part of the upcoming A&E series “Bobby Brown: Every Little Step”. It captured the genuine moment between Brown and his ex-wife who died 10 years ago on Feb. 11 and his daughter who died nearly 7 years ago.

Brown said filming the series was therapeutic for him as he looked back on all the good and bad times.

According to A&E, the 12-episode series will give fans “an exclusive look at his life with wife Alicia Etheredge-Brown, and their children as he focuses on new business ventures, new music as well as the 2022 reunion with New Edition on The Culture Tour.”

Another 2-part documentary “Biography: Bobby Brown” follows his “journey to superstardom and the fallout from his personal struggles with sobriety and the tragic deaths of his two children and first wife, Whitney Houston.”