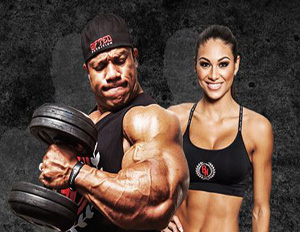 The increased use of sports bars, drinks and other nutritional supplements by general consumers is giving a boost to the sports nutrition market and four-time winner of the Mr. Olympia body building international competition, Phil Heath is doing his part to capitalize on the movement.

Unlike many athletes who begin a business after they retire from their professional sports career, Heath launched Gifted Nutrition while he was on top. In 2013, after winning the Mr. Olympia title for the third time, Heath opened his Florida-based nutritional products business producing nutritional supplements such as energy boosters and weight reducers that cater to everyone. He has four athletes, including himself, on the company roster including Olympic Gold medalist swimmer Conor Dwyer, UFC heavyweight Todd Duffee and IFBB Pro Bikini competitor Janet Layug. Last year, Heath won his fourth consecutive Sandow Trophy, awarded each year to Olympia champions, his first using his own company’s products.

In 2015, Gifted Nutrition is planning to launch a Gifted for Women campaign, says Heath. He says it will provide meal replacement packets for people who don’t have time to make lunch but need something to get by such as busy moms or working women. “By 2019, everyone is going to have some type of supplement product in their home,â€ says Heath who says the female population has certain health concerns that sports nutrition can remedy.

“Women carry a lot of stress and that keeps them irregular throughout the week. These supplements make you able to take in a product that makes your immune system stronger and improve a poor digestive system. This is where sports nutrition is important,â€ says Heath.