Book Review: The Man From Essence by Edward Lewis with Audrey Edwards 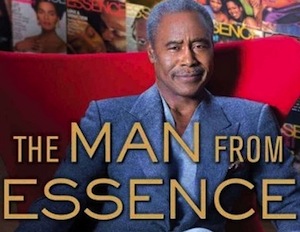 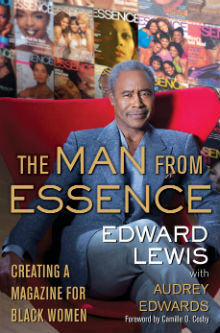 I’m a big believer in reading business biographies, and those of black entrepreneurs in particular. Not only can they be inspirational, they often provide proven blueprints and much-needed reality checks about what it really takes to become a groundbreaking CEO or dominant industry mogul. Everyone thinks they want to be Oprah Winfrey or Robert L. Johnson–until they learn what it really takes to gain billionaire, or even multimillionaire, status. On the other hand, while most business biographies provide valuable business lessons and can be sources of motivation, rarely do they offer the kind of fun, glamour and Scandal-meets-Mad-Men intrigue that you get from The Man From Essence: Creating A Magazine For Black Women by Edward Lewis with Audrey Edwards, with a foreword by Camille O. Cosby.

Lewis is one of the original four founders of what would become Essence Communications Inc., publisher of Essence, the iconic magazine for black women, and Edwards is among the many great editors who helped shape the publication since it first launched in May of 1970. (In the interest of full disclosure, Edwards is also one of my mentors.) The low key, observant and shrewd Lewis was, in his words, the last man standing of the four original partners when Essence was sold to Time Inc. (then a division of AOL Time Warner) in 2002. The Man From Essence is Lewis’ telling of practically everything that happened over that span of more than three decades.

RELATED: Essence of a Deal: The History of an Iconic Magazine

Almost from the very beginning, The Man From Essence feels less like a detailed account of the birth and evolution of a legendary business and brand (though it is that), and far more like the kind of page-turner you struggle to put down during your vacation or daily commutes. There are several takeover attempts (including one by Ebony magazine publisher and business titan John H. Johnson), epic battles between partners, an attempted coup by a chief editor and magazine staff, and several knock-down-drag-outs over the editorial direction and mission of the magazine. Â I can imagine Scandal‘s Olivia Pope being a young intern in the early days of Essence, adopting her trademark phrase “It’s handledâ€ from Lewis as he manages to extricate himself and the company from crisis after crisis.

Add some of the most powerful and fascinating personalities in the magazine industry–ranging from Gordon Parks and Marcia Gillespie, to Susan L. Taylor and Clarence Smith–and you have a book disguised as a five-season cable TV drama designed for binge viewing. Usually, you don’t get this kind of book until all of the innocent and guilty are dead. The fact that most of the characters are real and fascinating people whose stories are still being lived out (many of whom I know personally as role models, friends, “cousinsâ€ and peers in the magazine business), made the book that much more gasp-and-clutch-the-pearls juicy for me.

My original reason for reading this book was about serving my passion for books about black business icons, which I believe should be required reading by anyone who cares about black media entrepreneurship, African American history, and the success stories of high-achievers of any race. But let’s pretend you don’t care about that. If you just want a fun read, with a touch of the scandalous and more drama than a prime-time cable TV series, you will love The Man From Essence.