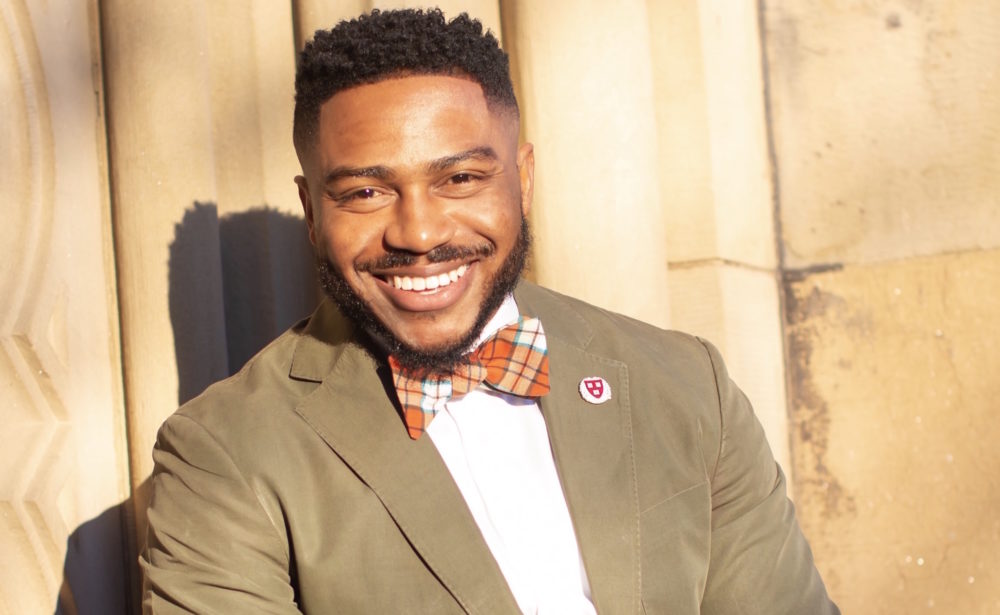 I was recruited to join the debate faculty at the age of 26 when I became an assistant debate coach at Harvard University. In 2017, I leveraged my faculty position to build a pipeline to fulfill the university’s desire to increase minority representation at Harvard’s summer international residency for gifted high school students.

I now lead the Harvard Diversity Project, an initiative of the Harvard Debate Council at Harvard College, which has become a nationally acclaimed pipeline program that recruits black youth in Metro Atlanta, to train and matriculate into Harvard’s summer residency on full scholarships. Harvard Diversity Project has become known for positioning students of color for post-secondary admission into the highest-ranking universities in the nation.

During its inaugural year, the Harvard Diversity Project became a national media sensation after the Atlanta students achieved a historic win at the Harvard summer debate residency. The news broke national headlines, being featured on CNN Headline News, Huffington Post, Ebony, and many more.

The pipeline program has gained the financial backing of major corporations, such as Chick-fil-A Foundation, The Coca-Cola Co., Kaiser Permanente, UPS, Publix Super Markets, the Atlanta Hawks, and Turner Broadcasting, which fund scholarships for students in the pipeline to study at Harvard each summer.

I am most proud of the Harvard Diversity Project and our students. Some told me that I was crazy for thinking that I could build a pipeline for the world’s most prominent university. What we’ve accomplished was unimaginable. I never thought that I would ever teach at Harvard University—let alone create an unprecedented pipeline and platform for a group of black kids to make history on its campus. I’ve been blessed to now open doors of opportunity for others that I never had as a kid. I am proud of this organization and the indelible impact that it is making on the black community.

My story is one of struggle, success, and service. I journeyed from being an at-risk youth to a college dropout to now an award-winning educator. Ironically, I grew up as a struggling student. I wasn’t academically inclined and had several learning deficiencies. In fact, basketball served as my only motivation for pursuing college matriculation, but my college hoop dreams were derailed by a career-ending knee injury.

At 18 years old, I subsequently dropped out and found myself working on a factory assembly line. After battling depression and a failed suicide attempt, my passion for education was born in my desperate pursuit of re-enrollment. Miraculously, I made it back to college. I overcame my academic challenges because I was desperate to become a scholar, and I made a commitment to pay it forward for the rest of my life.

My greatest role model is my high school teacher who has now become my surrogate father. I grew up as a knucklehead boy; my father walked out of my life and my teachers dismissed me as a delinquent. During my senior year, however, I encountered a teacher who saw me as more than that—he saw me in a way that I didn’t even see myself. He took me under his wing, where I have now remained for over a decade. He taught me what it means to truly be a teacher, a father, a husband, and a man in general.

There’s a tendency to define manhood by gender roles, but many of these roles are now shared in what has become a progressive society. Personal definitions may vary, but my values are rooted in leadership—the ability to lead one’s family or community, but ultimately the ability to lead oneself.

My dear mentor and college professor once told me, “When serving people, your job isn’t to fill their cup, it’s to empty your own.” I’ve learned that if I simply take care of others, God will take care of me. Our successes don’t belong to us exclusively. We have a moral responsibility to build as we climb—meaning, we must leverage our platforms of success to reach back and pull others up, too.

I’m paying it forward by creating black privilege. Privilege is choice, which ultimately defines one’s quality of life. I’m using my gifts to equip black scholars with academic training and social advantages that will make them more competitive for the paths that they might choose. As a result of our pipeline, a young man from the first cohort of scholars recently received undergraduate acceptance into Harvard College on a full scholarship. The trajectory of my students has been forever changed, and they will now be given access to choices that they thought they might never have.

Easily, the love and support that we receive from black women. We are born of them, shaped by them, and upheld by them. I attribute my success to the black women who have held me down—both personally and in business.

My daily ritual involves two questions that determine whether or not I have had a productive day: What did I create? And what did I learn today that I did not know yesterday?

I rely on my spirituality for success. Leadership is challenging in every way. At some point, it’s wise to acknowledge that your limitations are only overcome by tapping into a power that is higher than you.