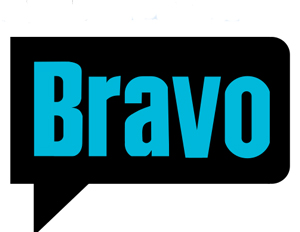 On Sunday, the Bravo Network premiered season seven of The Real Housewives of Atlanta, the first since last season’s reunion special, during which a brawl erupted between cast members Porsha Williams and Kenya Moore. That fight was just the most recent in a long line of physical altercations involving black people on the network. In response to reports of potentially more violence to come this season, ColorOfChange.org is calling on Bravo TV and Andy Cohen to make a commitment to no longer air these scenes, and wants to stop what they say is profiting from black violence.

“Violence involving black cast members has become a reliable ratings boost for Bravo. Prior to last season’s reunion show altercation, major brawls on shows like The New Atlanta and Married to Medicine were aired with much fanfare, hyped up as must-see television events,â€ said Arisha Hatch, ColorOfChange.org managing director of campaigns, in a statement. With more than 900,000 members, ColorOfChange.org is the nation’s largest online civil rights organization.

“Bravo is not at the mercy of the behavior of the casts of its shows. Reality TV producers routinely utilize staged, hostile environments and specific editing strategies to conjure the story they wish to tell. We demand Bravo and Andy Cohen turn away from these stereotypical narratives, and stop profiting from violence involving black people,â€ Hatch added.

According to ColorOfChange, judging by recent reports of yet another massive brawl during taping for the upcoming season of Bravo’s Blood, Sweat, and Heels, it seems there’s no end in sight for Bravo’s reliance on dangerous stereotypes. During that scuffle, between black castmates Geneva Thomas and Melyssa Ford, a bottle was reportedly smashed over Ford’s head, sending her to the hospital. Thomas has since been arrested. Under no circumstances, the group states, should Bravo air this or any other affrays involving black people.

“Stereotypical portrayals of black people as angry, belligerent, and violent are dangerous, shaping negative perceptions in the minds of viewers that, when acted upon, can mean real-life harm for black communities; discriminatory hiring practices, less attention from doctors, and harsher treatment by law enforcement, just to name a few,â€ said Hatch.