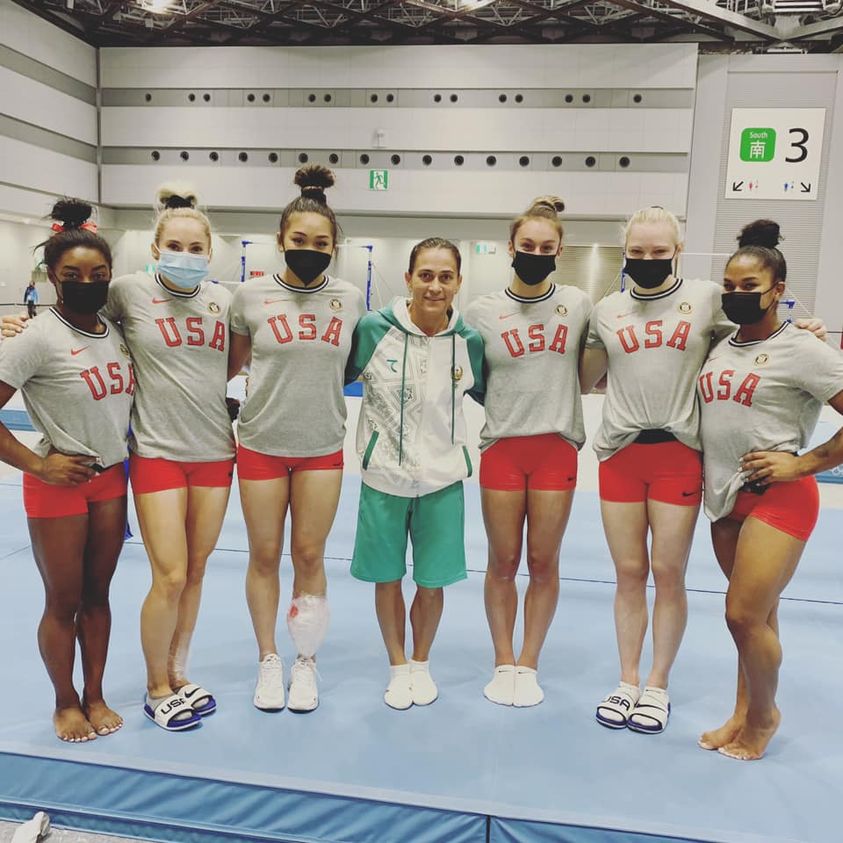 Simone Biles, the anchor and the guiding force of the USA Gymnastics team is out of the Team Competition in Tokyo the Today Show is reporting.

Confirmed: After one routine, Simone Biles 🇺🇸 will sit out the rest of the Women’s Team final in #ArtisticGymnastics at #Tokyo2020. #Olympics

Reportedly the news came after Biles performed on the vault.

According to ESPN, there was a nail-biter moment when Biles performed the vault and landed deep where she was thrust forward, taking a “significant” step. According to the outlet she pivoted from doing an Amanar but instead performed a Yurchenko 5/2 twist. That resulted in a substantially lower score receiving a 13.766.

She left the floor with medical personnel. She will reportedly be assessed daily to see if she can perform in individual competition.

Biles had just cut off her vault, making 1-1/2 rotations rather than 2-1/2, and landed with a big step. Her score of 13.766 was the lowest on vault thus far. Something is amiss.

Hoda Kotb is reporting that Biles is in good spirts and cheering for the rest of her team from the sidelines.

This shocking news comes a day after Biles had a rough start at the Olympics and announced how the pressure was getting to her.

“[I]t wasn’t an easy day or my best but I got through it. I truly do feel like I have the weight of the world on my shoulders at times,” Biles said on Instagram.

“I know I brush it off and make it seem like pressure doesn’t affect me but damn sometimes it’s hard hahaha! The olympics is no joke!” she added.

In the gymnastics qualifying rounds, the U.S. team came out one point behind Russia.

The USA team has been favored to win but it has not been an easy start.

“I feel we did a pretty good job,” Biles told reporters after the Sunday qualifiers. “Obviously there are little things we need to work on, so we’ll go back and practice and work on that, just so we can do our best performance at team finals, because that’s what matters.”