Black Mother Arrested After Reporting Her Child In Danger 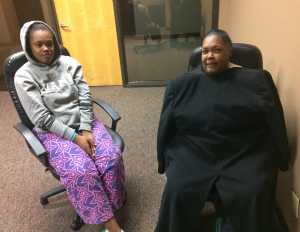 According to The Washington Post, a black mother was arrested after reporting that her child was assaulted.Â  See below:


A Fort Worth police officer has been placed on “restricted duty statusâ€ after a viral video emerged Wednesday showing the officer arresting a mother who called authorities to report that her 7-year-old son has been assaulted.

In a statement posted on Twitter on Thursday, police said the department’s Internal Affairs Unit is investigating the incident, which led to the arrest of the mother, Jacqueline Craig, and her two daughters, according to video of the incident that was posted on Facebook.

Craig, 46, and her relatives are black, and the officer – who has not been named by police – is white.

The nearly 6-minute video – which shows the officer pointing his stun gun at teenagers during the controversial arrests – has been shared more than 65,000 times and racked up nearly 1 million views.

Lee Merritt, an attorney forÂ the woman, told the Star-Telegram that he wants the charges against his clients “dropped immediately,â€ calling them “completely manufactured.â€

“We want to see the officer involved terminated from his position as a peace officer within Fort Worth and would also like to see him prosecuted criminally for his behavior – for his felony assault of my clients,â€ Merritt added. “We would like to see the individual who all this started from – the neighbor who assaulted a 7-year-old child – prosecuted as well.â€
He noted on TwitterÂ that police didn’t take Craig’sÂ original report about her son allegedly being assaulted.


For more details on this story, please go here.