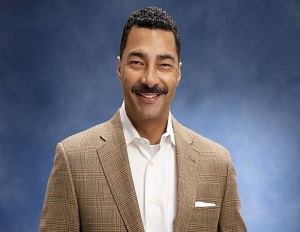 Hart, who currently serves as United’s executive vice president and general counsel, will become the sixth black CEO of a Fortune 500 company. As acting CEO, Hart will work closely with Henry L. Meyer III, who is the non-executive chairman of the board, and United’s executive team to run the company in Munoz’s absence.

“Brett has taken on increasing responsibility beyond general counsel over the last few years in the operations and customer facing areas of the company,” said Meyer in a statement. “I am confident in his ability to continue to implement the company’s strategy and Oscar’s mission of bringing United’s people together around the shared purpose of becoming the best airline for our customers and employees.”

Hart, who is a member of The Executive Leadership Council, joined United in 2010 after years of leadership experience. He has worked as executive vice president, general counsel and corporate secretary at Sara Lee, served as a partner at Sonnenschein Nath & Rosenthal, and worked as a special assistant to the general counsel at the U.S. Department of Treasury. He has a bachelor of arts degree in philosophy and English from the University of Michigan and a juris doctorate degree from the University of Chicago Law School.