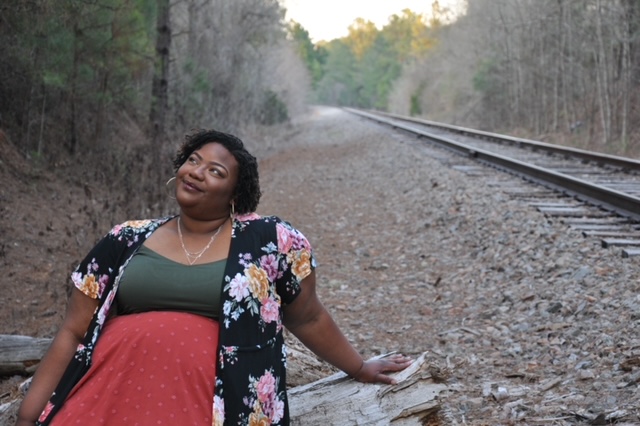 When Brianna Roberson graduated from college, she moved to the Midwest for a job in corporate America. Like many of us, she fell in love with a tried-and-true friend of the morning commute.

“That’s when I learned about good coffee and espresso at local coffee houses,” Roberson told BLACK ENTERPRISE. “I found that to be my safe haven to learn about the community in the city I lived in, to get information and new friends. That’s why I enjoyed that experience, the coffee house, but then after a couple of years, I realized we don’t have that experience in my hometown.”

That thought led Roberson back to her hometown of Waynesboro, Georgia, to open the Soulbean Coffeehouse, a coffee shop that is also the hub for the community. In addition to delicious coffee and food, it hosts religious services, open mic nights, and live music.

When Roberson first thought of opening a coffee house, she had intentions to be patient and take her time developing her business plan. But as the pandemic dragged on and virtual learning became a staple of education, Roberson saw one significant community need.

“Being in rural Georgia, a lot of our students didn’t have Wi-Fi, and we didn’t have a central space within our city limits that offered free Wi-Fi to our students,” Roberson said. “So a lot of kids couldn’t do their homework assignments or their lessons at home during the pandemic.”

However, Roberson began to run into issues. For starters, although government intervention in the pandemic meant money was being given out, it was more for existing businesses than startups.

“The banks weren’t willing to give new loans to new businesses in the food and beverage industry because people were defaulting on their loans even after two or three months,” Roberson said.

As a result, Roberson was forced to do much of the work by herself and dealt with several setbacks, including a labor shortage that forced her to work for two months as the coffee house’s only employee. She also ran into issues with the city health inspector, who never established a coffeehouse in the city.

However, none of it stopped Roberson, and others took notice and pushed her to make others notice, pushing her to apply to the 2021 Take It To The TOP National Entrepreneurship Challenge hosted by the Black Women’s Roundtable, an arm of the National Coalition on Black Civic Participation.

The challenge focuses on investing in Black women and girls’ entrepreneurship, social innovation, and business leadership skills. Connecting TOP participants to resources and mentorships to launch, grow, and sustain successful minority women-owned businesses. Roberson entered the challenge with her coffee house, and when the winners were announced, she was a bit surprised when she didn’t hear her name called.

The reason she didn’t hear her name was that it was the last one called as she won the $25,000 grand prize, and it came at the right time as she’s about to remodel another location and the landlord of her first location is trying to push her out.

For Roberson, it’s just another challenge she has to overcome.

“I do believe that if I wasn’t a Black woman, it would be easier to approach, but I had to really convince our city officials that this was a good product and something that is needed in the community,” Roberson told BLACK ENTERPRISE. “I’m not going to say that it was easy. There were a lot of days where I was ready to quit before I won this challenge. This is hard. I’m convincing everybody just to stay in operations, and other business owners don’t have to do that, it’s challenging, but I’m still here.”