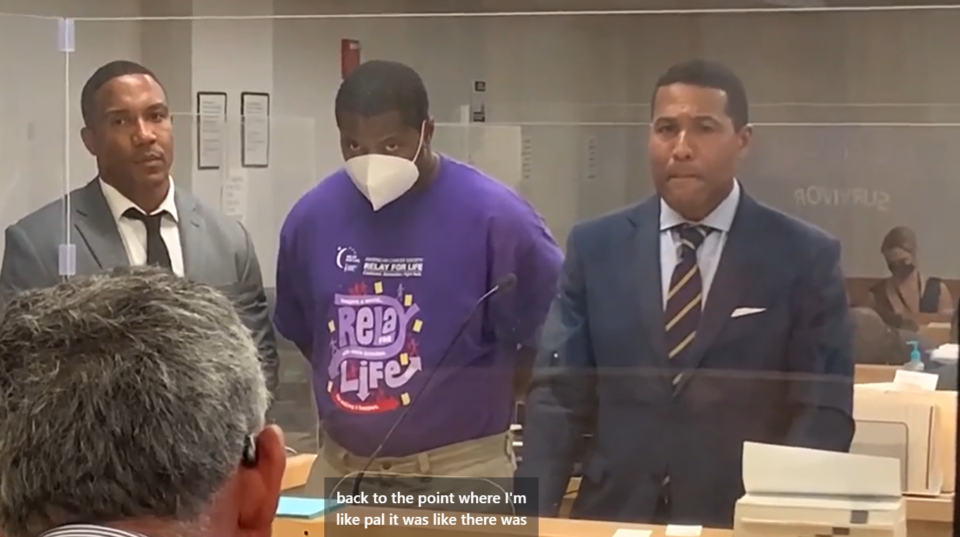 A New York City correction officer is being charged after the shooting and killing of an 18-year-old man in the Bronx, the NY Times reports.

Correction officer Dion Middleton was off duty and told the police that he fired a single bullet after he was hit in the back with what he thought may have been glass shards or bullet fragments.

Middleton’s lawyer said in court last Friday that his client feared for his life and thought he was in danger.

Middleton said he turned and saw a passenger in a silver car gesture with his hand before the window began to roll up, and the car began to turn near Morris Avenue. That is when he fired his weapon.

“I felt threatened, I took my weapon, I shot,” he said to the police officers.

He then left the scene without reporting the shooting. His attorney said that the correction officer only learned later that the bullet discharged from his gun had struck 18-year-old Raymond Chaluisant.

The police officers who responded to a 911 call discovered Chaluisant dead in the car. A weapon wasn’t found, although a pellet gun that shot gel pellets filled with water was discovered.

Middleton has been charged with second-degree murder and first- and second-degree manslaughter. He is looking at a life sentence in prison if convicted of the top count. He was suspended without pay, according to the city’s Corrections Department. The department said he earned $221,684 last year, including overtime pay.

Bead Blasters shoot gel water beads propelled by a spring-loaded air pump, making them an air rifle. Air rifles are a violation in NYC & are unlawful to possess.

Violators found in possession of these will be issued a criminal summons & the weapon will be confiscated. pic.twitter.com/otLkGAHFu4