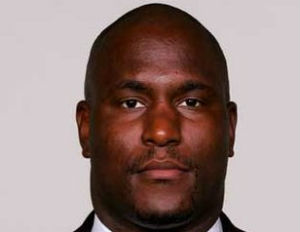 Once widely considered a favorite to become the next general manager of the Miami Dolphins, Farmer’s hire headlines a complete overhaul of the Browns front office. The team went 4-12 and quarterback Brian Hoyer — who led the Browns to a pair of exciting wins early in the season — suffered a season-ending knee injury.

As for Farmer, he is a 39-year-old Duke grad who worked in personnel with the Kansas City Chiefs and Atlanta Falcons.

“First of all, we wanted to capitalize on the knowledge, experience and character we’re fortunate to have in Ray Farmer,” Browns owner Jimmy Haslam said in a statement. “Ray has a tremendous football IQ, he’s compelling, and he understands the types of players we need to acquire and develop in order to win in Cleveland. He embraces his partnership with Mike Pettine, which is critical in helping build the right team. Ray will provide excellent leadership in our front office.”

“We appreciate Joe’s contributions to the Cleveland Browns, especially in helping us as new owners. He was committed to creating a successful organization and bringing in talented individuals. We thank him for his work and dedication. We wish him and his family the best.”

For his part, Farmer seemed to have known big news was in the offing.

“I think Cleveland is primed and I think we’re in a position to redefine the history books,” Farmer told the Cleveland Plain Dealer a week ago.

“I think change is on the horizon and I didn’t want to miss what’s going to happen in Cleveland.”

Farmer was reportedly a finalist for the top job in Miami. The job went to former Tampa Bay Director of Player Personnel Dennis Hickey.

And despite an apparent knowledge of what the future might hold, Farmer acknowledged at least six days ago that he was happy to work under the tutelage of Lombardi.

“I love Mike Lombardi,” Farmer said of his former boss. “A lot of people in this city don’t, but those people don’t know him. He’s one of my dearest friends at this point. He’s intelligent, he’s smart, he’s witty, he challenges me every day to be better, so I like where I’m at and I like him. There are no assurances in the NFL and coming off a 4-12 season, people are skeptical, people don’t understand why some decisions were made inside the building, but, again, I think inevitably, I trust the process we’re going through.”

In the end, that process led Farmer making all of the decisions in Cleveland going forward.